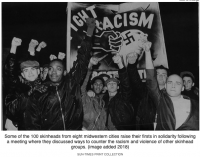 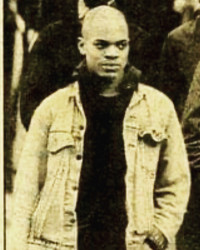 In this episode, we join narrator Mic Crenshaw and his old friends Jason  Nevilles aka Jay aka Gator, Marty, Nissa and Jibari - all midwestern anti racist skinheads. They were interviewed to talk about why they joined together, what motivated and  influenced them, the politics and social pressures in which they  operated and how they ultimately formed the national network known as  Anti Racist Action that laid the foundations for today’s Antifa  consciousness.

Editors: Erin Yanke and Icky A.

Music: (in order of appearance)

Madball - Set It Off

Update Required To play the media you will need to either update your browser to a recent version or update your Flash plugin.
Download audio file
Topic tags:
Activism, Class, Community Building, Race