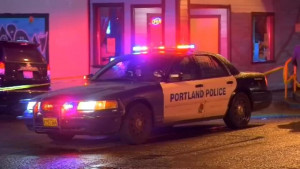 On this edition of KBOO News in Depth, we listen in to the launch of the Yes for Police Accountability Campaign. The campaign is about 26-217, and if passed, the ballot measure would create a new police oversight body by amending the City Charter.

The new oversight board would have unprecedented power to investigate complaints against the Portland Police Bureau. They would be able to subpoena witnesses and request police documents. They could also impose discipline, including firing officers who break the law.

Currently, the oversight system does not have that much power, which makes change difficult for those who want to see the police held accountable for their actions, especially when it comes to the treatment of BIPOC people and people experiencing mental illness.

Update Required To play the media you will need to either update your browser to a recent version or update your Flash plugin.
Download audio file
Topic tags:
Activism, Movement for Racial Justice, African American, Law/Court/Crime, Police

END_OF_DOCUMENT_TOKEN_TO_BE_REPLACED

Too Much Information with Abe and Traci
It'll be over soon