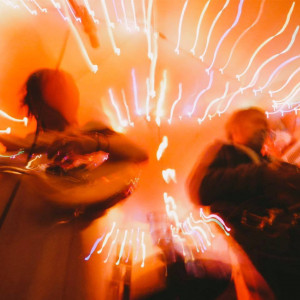 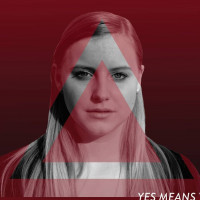 Dream Wulf is a mashup blend of alternative, stoner, psychedelic, dream, and bloom gloom rock and roll. They are just a bunch of kids trying to feel free and dodge the robot establishment on the way. In November 2018 they released their first EP, All Things Unconsidered; a gritty psychedelic fairytale recorded in a smoldering back house in Austin, Texas. In the Spring of 2019 they plan to release their second EP; promised to be just as emotionally raw, just as psychedelically explicit, with a touch more attitude. Just in time for the bands April 2019 tour. The band remains independent, as the core members and visionaries, John Villadelgado and Jessica Bahl, enjoy exciting their dream in their own way. Today, they are joined by Glenn Walters on drums and Kyla on bass. Dream Wulf’s sound is like a melting sun-drenched psychedelic dance party, with dark leading undertones, that leaves you guessing in wonder. They create a riff- that flirts between the push and pull of light and dark energy. Magnetically charged, their live performance are captivating and dreamy, radiating a unified intensity which lives up to their pack name.

Hannah DiMo
Right in the heart of NE Portland, Oregon, 26 year old Hannah DiMo is turning the heads of the towns major movers and shakers with her enthusiastic style. With monthly gigs everywhere from backyards to large clubs, Hannah and her band have been steadily on the rise as one of Portland newest musical acts that should not be ignored.
Originally from the small oil town, Bakersfield, California, Hannah DiMo decided to make the leap to Oregon at the end of 2017 in search of a new scene to grow her music. Describing her music as mainly pop/blues/rock but also "whatever you'd like to call it" and a wink, Hannah writes melodic songs about love, social justice and heartbreak paired with savory guitar licks and beautiful vocals. Hannah is described by those who have worked with her as not only a well-studied musician but also a genuine person who wants to see everyone succeed and have a blast while they're at it
Hannah has been actively gigging and recording since relocating here and her new music has already been featured on Salem radio station KMUZ's Local Roots NW show and Portland State University's college radio, KPSU. Hannahhas plans to release an EP by the middle of 2019 featuring her full rock band which will be available right here on her website. Join her mailing list on her website (www.hannahdimo.com) and follow her on Facebook (facebook.com/hannahdimosmusic) and Instagram @hannahdimo!"

One December day in 2017, two songbirds, Camille Rose and Ashley Elizabeth, flew in to each other’s paths in the Pacific Northwest.  As winter faded and their love bloomed, the folk-pop of Complimentary Colors was born.

Complimentary Colors dances through a rainbow of emotions with childlike joy as they play small, often unusual instruments behind their lush harmonies. Hear them explore their folk and country roots together, adding touches of the theatrical, while they steal your heart with their catchy, heartfelt tunes and the love that they share.
Visit their website for e-mail list, shows, and updates on their upcoming releases!  www.ComplimentaryColorsMusic.com
Buy their new EP, The Bedroom Sessions, on Bandcamp NOW!
www.complimentarycolors.bandcamp.com

About the new EP, The Bedroom Sessions:

The Bedroom Sessions is a snapshot of a moment, captured inside the walls of a bedroom.

Complimentary Colors is here to share their hearts: their love, their trials, and their playful hollering in revenge.  This is a documentation of that journey in all of its pain and glory.

The songs are deliberately imperfect, just as humans are. One-take recordings with a few goodies sprinkled in, each song will transport you to feel like you're sitting in the room with the duo, watching their tiny instruments lift beneath their voices like tattered wings.

Snake Dance strays from the ordinary conventions for defining what a band is; it is not a band, rather an amalgamation of intentional energy and consciousness, focused on community and social activism, with intersectionality being at its core. They slither-mosh between the worlds of devastating, toxic environments, and an overwhelming optimism for equity and understanding. Snake Dance aims to create discourse, and they surely have a lot to say, over how to achieve this through creative exploration and collaboration, bringing communal voices into these conversations. Now, more than ever, there is a need to discard the individualistic-self, shedding the old skin, and embrace the power and meaning in working together cooperatively and collaboratively, taking on the body of a new collective-self.

Snake Dance has arrived quickly and audaciously in the Pacific Northwest music scene since its formation during the summer of 2018. Inspired by the beauty in working with other creatives with a shared vision, Snake Dance has teamed up with many artists, musicians, festivals, and collectives such as: The Cat Castle, The Web, The Aqueerium, Pegasus Project, Jared Meyer, Jess McQuarrie of Feminist Fatal, Dream Wulf, THISISSUE Magazine, Dog, Syner Apparel, Jacobi Zel, Elly Swope, Kaeli Hertz, among many others.

An art festival is being organized by Snake Dance for June at the Pegasus Project. The event will showcase artists and collectives, in a meeting of the minds, to bridge thespaces among all expressive forms. Please, reach out if you feel called to participate; all art mediums are welcome!

Snake Dance’s core is made up of Whitney Moore, Jake Satterthwaite, M.D. Navarro, and Kevin Hammond, with influences as diverse as a tropical rain forest, or maybe a garbage dumpster. Go wriggle your snake body with them.

Update Required To play the media you will need to either update your browser to a recent version or update your Flash plugin.
Topic tags:
Arts/Culture, Community Building, Music, Women
Genre(s):
Arts and Culture, Eclectic, Experimental, Live Performance