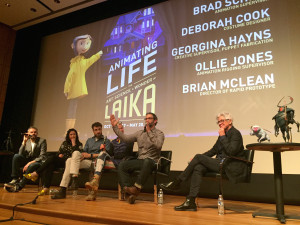 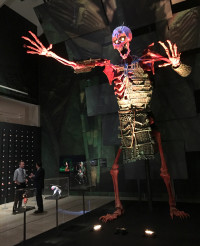 In this expanded version of our visit to the Portland Art Museum, we take a more leisurely look at the exhibition Animating Life: The Art, Science, and Wonder of Laika.

From its humble beginnings as Will Vinton Studios in the 1970's, Portland's Laika Entertainment has become one of the top studios in the world for stop-motion animation, producing the feature films Coraline, Paranorman, The Boxtrolls, and Kubo and the Two Strings.  Whether you're a casual filmgoer, an animation buff, or a traditional art aficionado, there's much to learn about Portland filmmaking history, stop-motion technology, and the confluence of art and craft from these creative voices.

The original broadcast version of this episode can be found at this link.

Update Required To play the media you will need to either update your browser to a recent version or update your Flash plugin.
Download audio file
Topic tags:
Arts/Culture, Film, Media, Fiction, Humor
Genre(s):
Arts and Culture