Ender has been part of the KBOO community as a segment producer and collaborator since 2014. Starting on April 2017, he has had his own allocated space with the show Squirrels Know, broadcast every fourth Friday of the month, 8-10 PM PST.

In the beginning of his radio journey, he strived to bring awareness and do indepth exploration of ancient Native American traditions, knowledge and wisdom through the segment Roar of the Earth, on Rose City Native Radio. After that, and following a period of radio silence, his target pivoted to music, mainly band music of the youthful variety, such as pop punk, melodic hardcore and indie rock, as well as classic rock and grunge. At the time, he was very busy exploring his own musicianship as a singer and songwriter with several school bands.

Currently, the main areas of focus are global issues given the new stage he understands we have all collectively entered. Ender strives to give you a 'Galactic Awareness', as well as an 'Animal Awareness', and his aim is to show you how positive these concepts can be for our personal and planetary well-being.

Ender has done many interviews on this radio station, and these are the conversations that stand out to him so he wants to share them with you! :) 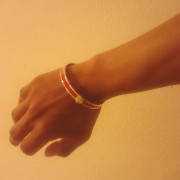 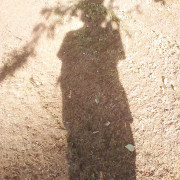 For everything Ender and all that goes behind the scenes of this radio show, go to:

END_OF_DOCUMENT_TOKEN_TO_BE_REPLACED

The Dirtbag
It's fall--the season of persimmons and leaves