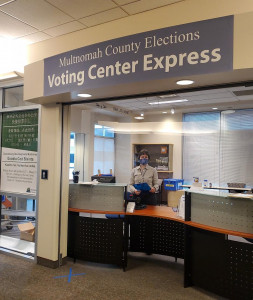 A recount is underway in Gresham, as the two candidates for mayor are neck in neck, separated by only 13 votes.

It's between Travis Stovall, who is currently in the lead, and Eddy Morales.

Update on 12/3/20: Travis Stovall has won the Gresham mayoral election by 13 votes as certified by Multnomah County Elections

Update Required To play the media you will need to either update your browser to a recent version or update your Flash plugin.
Download audio file
Topic tags:
Elections