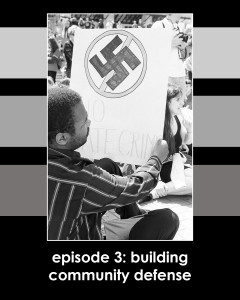 Editors: Erin Yanke and Icky A.

Music: (in order of appearance)

Update Required To play the media you will need to either update your browser to a recent version or update your Flash plugin.
Download audio file
Topic tags:
Community Building, History, Race