Fracked Gas on the Columbia 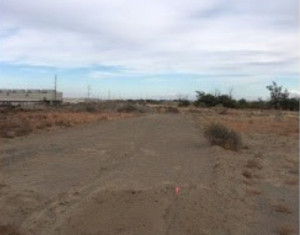 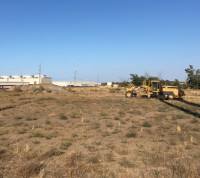 While all of us have been focused on the Covid-19 pandemic, a major recession, dramatic impacts of climate chaos and election madness, the fossil fuel industry continues its efforts to build fracked gas projects along the Columbia River.

On this episode of Locus Focus we talk with Dan Serres with Columbia Riverkeeper and Dineen O’Rourke with 350PDX about the continuing saga of the world’s largest methanol refinery, proposed for Kalama, Washington. We’ll also talk about a project in Umatilla County, where developers of the proposed Perennial WindChaser fracked gas plant started clearing land illegally for a road at the site near the city of Hermiston.

Dineen O-Rourke is the campaign manager for 350PDX. Prior to working with 350PDX, Dineen worked for the Oregon Sierra Club, as a Field Organizer on the Portland Clean Energy Fund campaign, and helped to start the Sunrise PDX hub.

Dan Serres is the Conservation Director for Columbia Riverkeeper.  In 2005, he started with Columbia Riverkeeper as the lead organizer in their successful campaign to protect the Columbia River Estuary, forests, and farmland from the Bradwood Landing and Oregon LNG Liquefied Natural Gas (LNG) proposals and their related pipelines. Since 2009, he has filled the role of Conservation Director where his work has broadened to protecting the Columbia River from a barrage of dirty fossil fuel export proposals including LNG export terminals, coal export terminals, oil-by-rail facilities, and power plants. Dan is also a member of the Hanford Advisory Board, where he speaks up as a public voice demanding faster and more robust cleanup of North America’s most contaminated nuclear site.

To let Governor Inslee and Governor Brown know how you feel about encouraging more dirty fossil fuel facilities in Oregon and Washington you can call them at these numbers:

Governor Inslee–360.902.4111 When calling Governor Inslee, it's important to press "2" shortly after the message starts playing. The phone message is very long, and it's mostly about Covid. By pressing "2", the listener can cut through the phone menu and just leave a message to oppose the methanol refinery.

Update Required To play the media you will need to either update your browser to a recent version or update your Flash plugin.
Download audio file
Topic tags:
Activism, Environment/Climate, Energy/Natural Resources, Government/Politics

END_OF_DOCUMENT_TOKEN_TO_BE_REPLACED

View the video of the 2020 Annual Meeting of the KBOO Membership which was held online Nov. 7, 2020. You can also see the election results for KBOO's Board of Directors.