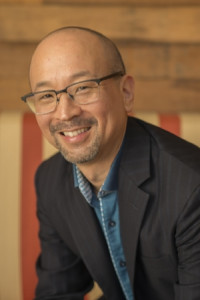 Kevin Kumashiro is former dean, University of San Francisco School of Education. His books include Teaching toward Democracy.

On Constitution Day, Sept. 17th, 2020, Trump attacked the work of Howard Zinn, whose books include A People's History of the United States. Kumashiro responded, "Here we go again. Yesterday's attacks by the Trump administration on efforts to raise awareness about the historical and systemic nature of race and racism are not new.

"Divisive, un- or anti-American, biased, inflammatory -- for decades, such were the claims made about efforts to teach a more accurate and complete history of the United States. From the multicultural curriculum of the Civil Rights era and the 'people's history' by Howard Zinn, to recent struggles to include ethnic studies curriculum and the 1619 Project in schools, scholars and educators have long argued that curriculum is irresponsible, misleading, and undemocratic when it fails to include the experiences of marginalized groups, as well as the dynamics, systems, and ideologies that caused or perpetuated their disenfranchisement. Such inquiry is particularly important to make visible the many ways that race and racism are invisible, normalized, obscured, or rationalized, including in the curriculum itself. Not surprisingly, it is this whitewashed curriculum that often gets framed as objective and neutral, whereas efforts to raise awareness about the discomforting realities of race and racism get framed as, in Trump's words, 'toxic propaganda.'"

Kumashiro and other academics put together a public statement called "Educating for Democracy Demands Educating against White Supremacy."  You can find a link to the statement on his website (https://www.kevinkumashiro.com).

Or if you are an educator and would like to sign on to the statement, you can do so here: https://forms.gle/PcSRzSSvTbDp69V36

Update Required To play the media you will need to either update your browser to a recent version or update your Flash plugin.
Download audio file
Topic tags:
Education, History