DNC and the Green New Deal 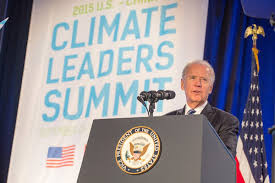 Bill Resnick interviews Marianne Lavelle, a journalist who has the national politics beat on the publication Inside Climate News, an important web source for those concerned with climate change and preventing climate cataclysm and mass death.  They discuss: (a) Democratic Party Presidential nominee Joe Biden’s two Plans on Infrastructure and Energy, (b) their evolution to include many of the elements of the Green New Deal/Energy Democracy plans proposed by Bernie Sanders and Alexandra Ocasio Cortez, and (c) whether and how they can be won in legislation and be implemented.

END_OF_DOCUMENT_TOKEN_TO_BE_REPLACED

Between the Covers
Small World by Jonathon Evison

American Standoff
After Cheney’s Primary Loss: Why Is Trump's Hold On Republican Voters So Strong?