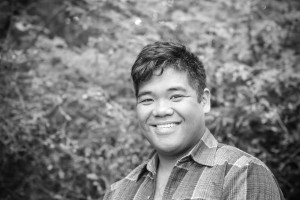 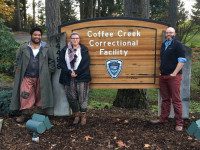 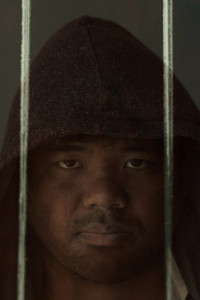 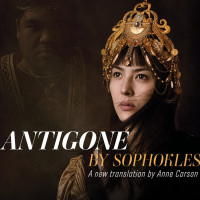 Dmae features Paul Susi, an educator, a social services professional, an arts administrator, an activist, and a theater artist who was born and raised in Portland. A trained classical actor, Paul has also focused on bringing art to communities in need. Currently he is working with Patrick Walsh, artistic director of Northwest Classical Theatre Collaborative to bring Greek classics to prison communities: An Iliad and Antigone, the latter will be filmed at the controversial Wapato Jail. We'll hear more about those projects as well as a Prison Pen Pal project that Paul has created as a volunteer to help friends who are inmates at time when most outside services have been halted.

If you're interested in becoming a pen pal visit www.paulsusi.wordpress.com for more info. Learn more about NWCTC at www.nwctc.org.

Paul has served on the Boards for numerous cultural nonprofits, including the Multnomah County Cultural Coalition, Cerimon House, and Portland Actors Ensemble. In 2018, the Regional Arts and Culture Council honored Paul for outstanding contributions to local theater and culture. For five years, Paul specialized in managing new emergency homeless shelters for Transition Projects, with experience in opening and / or closing 6 different shelter programs during that time.

He continues to work for Transition Projects as a Diversity and Equity Training Facilitator. Paul currently serves as a Site Supervisor for the Outdoor School with the Multnomah Education Service District, where he goes by the camp name, “Badger.” More info at www.paulsusi.wordpress.com

Update Required To play the media you will need to either update your browser to a recent version or update your Flash plugin.
Download audio file
Topic tags:
COVID19, Activism, Arts/Culture, Asian Pacific American, Housing/Homelessness
Genre(s):
Arts and Culture