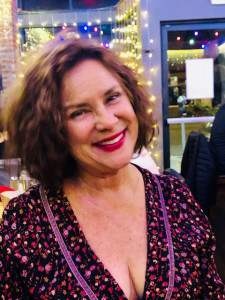 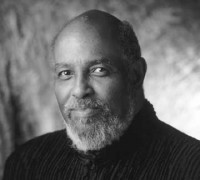 Dmae presents a piece from one of the first personal storytelling series on public radio: Legacies: Tales From America that ran on NPR in 1994. This  episode is a 30-minute docu-play Ni Nica, Ni Gringa  produced by Sylvia Mullally. She took a journey back to Nicaragua to study her two cultures that were often at odds with each other. In the 90s many of us were exploring identity and culture even within our own families.

Sylvia originally went by the name Sylvia Mullally Aguirre when this piece aired in 1994 as part of the 13-part series Legacies: Tales From America produced by Dmae Roberts and MediaRites. James DePriest, former conductor for the Oregon Symphony hosted this series. He passed in 2013. It was an honor to work with him.

Sylvia Mullally now lives in Berkeley, California. She is an interpreter, translator, and voiceover artist.  She also teaches Spanish and Italian to high school students. From time to time, Sylvia still plays the accordion. An avid swimmer, she loves to swim in the San Francisco bay, especially during these COVID-19 times.  She also loves to travel but her plans are on hold for now! As for her parents…her mom, Irma, passed away a year ago and her dad, Ed, passed away just six months before her mom. Sylvia keeps her parents’ memories alive by staying in close touch with her family in Nicaragua and Mexico.

Legacies: Tales From America was a series of 13 half-hour cross-cultural and cross-generational American stories that aired on more than 100 National Public Radio stations around the country.

The series was hosted by former Oregon Symphony conductor James DePreist and produced by Dmae Roberts, executive producer of MediaRites.

James Anderson DePreist (November 21, 1936 – February 8, 2013) was an American conductor. DePreist was one of the first African-American conductors on the world stage. He was the director emeritus of conducting and orchestral studies at The Juilliard School and laureate music director of the Oregon Symphony at the time of his death.

Legacies: Tales From America was funded by the Corporation for Public Broadcasting with additional funding from the National Endowment for the Arts.

Update Required To play the media you will need to either update your browser to a recent version or update your Flash plugin.
Download audio file
Topic tags:
Arts/Culture, Latino/Hispanic
Genre(s):
Arts and Culture