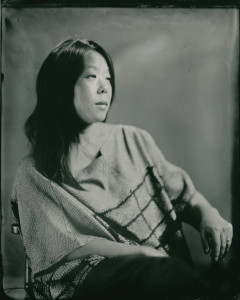 The theme for July is "Anthem," and the featured guest is Shin Yu Pai. Shin Yu Pai is the author of several books including Ensō (Entre Rios Books, 2020), Aux Arcs (La Alameda, 2013), Adamantine (White Pine, 2010), Sightings (1913 Press, 2007), and Equivalence (La Alameda, 2003). From 2015 to 2017, she served as the fourth Poet Laureate of The City of Redmond, Washington. Her personal essays have appeared in CityArts, Tricycle, Seattle's Child, and YES! Magazine. She's been a Stranger Genius Award nominee in Literature and lives and works in Bitter Lake, Seattle. For more info, visit www.shinyupai.com.

Update Required To play the media you will need to either update your browser to a recent version or update your Flash plugin.
Topic tags:
Asian Pacific American, Arts/Culture, Poetry
Genre(s):
Arts and Culture, Spoken Arts