James Dixon: EDI and Beyond 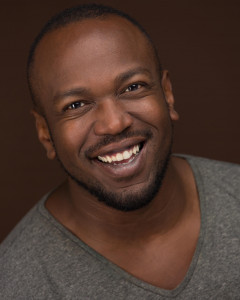 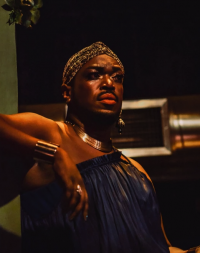 Dmae features James Dixon, actor, director, EDI consultant and activist who recently joined the Fuse Theatre Ensemble. James and Dmae have a frank discussion about how Predominantly White Institutions (PWI) can create a safer and more equitable creative environment while actively dismantle racist, sexist and anti-LGTBQI structures within their organizations.

At a time of powerful peaceful protests and world-wide support for the #BlackLivesMatter movement, nonprofit PWI organizations are evaluating their own contributions to systemic racism and anti-Blackness. Meanwhile BIPOC organizations already living EDI (Equity, Diversity and Inclusion) work wonder if it's too little, too late.

Highlights from the interview:

"There's a lot of trust that needs to get built before we bring people in the room when we ask actors to show up for work every day they're not just bringing their talents, they're bringing their lives and their barriers and their pain. And that is something that people out there start thinking about, especially now with this movement that's happening, putting up posters about Black Lives Matter and having spaces that still perpetuate these injustices onstage and off. It's actually the same conversation..."

"I'm frustrated because now we're talking about this. George Floyd is the catalyst. You know, this COVID-19 madness is the catalyst. These problems have always been here. Why are we doing this now? So people would say, well, at least we're at least we're doing it. Yeah, we're doing it--until it's not fashionable anymore. I've had a lot of board offers. Oh, we got to get more People of Color on your board. Yes, you do.  You got to get them on your staff. But, you know, before you start, you know, please don't invite me to your house if you haven't cleaned.  I don't want to come to your house and eat, if the plates are dirty, It's like asking me to come eat, putting some food on a plate and then throwing it on the floor for me to eat. That's literally what it's like joining some organizations where you're the only Person of Color. And then they want you in a room and then you raise your voice. And then you said a little too much... We can't get too loud, and we can't get too angry...because you're ungrateful. And that is literally the lip service we're getting. And I get I get a lot of emails from people that you just they want more diversity. Well, you know, equity needs to come first. You need to clean your house first and then to start inviting the company over so we can break bread."

James also recounts the story of how a Black actor who felt marginalized staged a protest during a performance of "Dutchman" by Amiri Baraka at defunkt Theatre. And the OUTwright Theatre Festival recently announced some online events for Pride Month:  https://www.facebook.com/TheOUTwrightTheatreFestival

James Dixon is a Portland-based director, actor, arts administrator, and equity facilitator. He is also a proud Theatre Vertigo alumni and a current Fuse Theatre ensemble member. James’ favorite past directorial credits include “Bootycandy” with Fuse Theatre, “The Mysterious Affair at Styles” with LineStorm Playwrights, and as Cultural Advisor for “Hair” with Staged! Theatre. James is also currently directing a 360-degree VR documentary called “Genderfication” centered around transgender, femme, and non-binary humans of color in honor of the 50th anniversary of Stonewall.

Favorite acting credits include “Bakkhai” with Shaking the Tree, “Two Trains Running” and “The NO Play" at PassinArt, “The Melody Lingers On” with Clackamas Repertory Theatre, “Showboat” with Portland Opera, “James and the Giant Peach” at Oregon Children’s Theatre, “Equus” at Post5 Theatre, “Parade” at Staged! Theater, and “On the Edge: Trifles and Dutchman” at Defunkt Theatre.”

Update Required To play the media you will need to either update your browser to a recent version or update your Flash plugin.
Download audio file
Topic tags:
African American, Arts/Culture, LGBTQ
Genre(s):
Arts and Culture