Examining the role of police unions in stagnating change 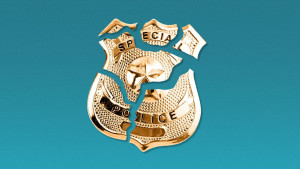 "No police union has ever criticized a cop, no matter how egregious that cop's behavior. The union will defend them no matter what."

Two weeks of demonstrations around the country call out for an end to police brutality and racial injustice. These protests can count the arrests of the four police officers involved in George Floyd's murder as a victory, but it was a hard fought one. Prosecuting cops who commit crimes is a difficult fight to win, and some of that can systematically be credited to the power of police unions.

In Portland, the Police Association contract ends this month, and negotiations have been stalled due to the constraints of coronavirus. Activists and political leaders alike have called for a major overhaul of the police contract to seriously examine its role in the community

Pegues is the author of "Once A Cop: The Street, the Law, Two Worlds, One Man," and a professor at Monroe College and Medgar Evers College.

Update Required To play the media you will need to either update your browser to a recent version or update your Flash plugin.
Download audio file
Topic tags:
Movement for Racial Justice, Government/Politics, Law/Court/Crime, Police, Race