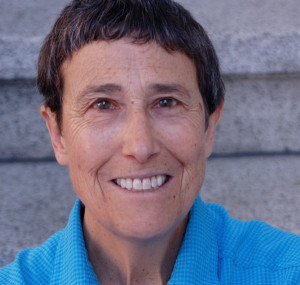 Rebecca Gordon, a TomDispatch regular and author of American Nuremberg: The Officials Who Should Stand Trial for Post 9/11 War Crimes, stop by the podcast to discuss torture and moral injury in the post 9/11 world, her experiences in Nicaragua and South Africa, how past presidents paved the way for Donald Trump, and over-classication in the intelligence community.

Rebecca Gordon received her B.A. from Reed College and her M.Div. and Ph.D. in Ethics and Social Theory from Graduate Theological Union. She teaches in the Philosophy department at the University of San Francisco and for the university’s Leo T. McCarthy Center for Public Service and the Common Good. Previous publications include Letters From Nicaragua, Cruel and Usual: How Welfare “Reform” Punishes Poor People, and Mainstreaming Torture: Ethical Approaches in the Post-9/11 United States.

Her latest book is, American Nuremberg: The Officials Who Should Stand Trial for Post 9/11 War Crimes.

Prior to her academic career, Gordon spent a few decades working in a variety of national and international movements for peace and justice. These include the movements for women’s liberation and LGBT rights; movements in solidarity with the struggles of poor people in Central America; the anti-apartheid movement in the United States and South Africa; and movements opposing U.S. wars in Iraq and Afghanistan.

In 1984, Gordon spent six months living in the war zones of Nicaragua, and in 1990, three months teaching desktop publishing at an anti-apartheid newspaper in Cape Town, South Africa. She is a founder of Californians for Justice, a statewide organization dedicated to the political enfranchisement of marginalized people.

Other organizations she has worked with include the Applied Research Center, the Center for Third World Organizing, and the Asian-Pacific Environmental Network. She is an editor of WarTimes, which seeks to bring a race, class, and gender perspective to issues of war and peace.

Enjoy the show?!  Please leave us a review right here.

Check out our t-shirt store on Spreadshirt.com

Not a contributor on Patreon? You're missing out on amazing bonus content! Sign up to be one of our contributors today! - www.patreon.com/fortressonahill

A special thanks to our honorary producers - Will Ahrens, Fahim Shirazee, Henry Szamota, Adam Bellows, Eric Phillips, Paul Appell, Julie Dupris, Thomas Benson, Emma P, Janet Hanson, Lawrence Taylor, and the Statist Quo Podcast.  Without you guys, we couldn't continue our work.  Thank you so much!!!

Not up for something recurring like Patreon, but want to give a couple bucks?!  Visit Paypal.me/fortressonahill to contribute!!

Note: The views expressed in this podcast are those of the hosts alone, expressed in an unofficial capacity, and do not reflect the official policy or position of the Department of the Army, Department of Defense, or the U.S. government.

Update Required To play the media you will need to either update your browser to a recent version or update your Flash plugin.
Download audio file
Topic tags:
COVID19, Civil Rights/Human Rights, Government/Politics, Military/Veterans, War/Peace

END_OF_DOCUMENT_TOKEN_TO_BE_REPLACED

View the video of the 2020 Annual Meeting of the KBOO Membership which was held online Nov. 7, 2020. You can also see the election results for KBOO's Board of Directors.