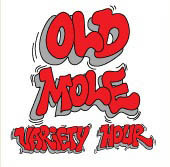 News, Views and Interviews from a Socialist, Feminist Perspective

Roben White hosts this episode of the Old Mole which includes:

Bernie for President: Bill Resnick interviews media critic Jeff Cohenon Bernie and the Bernie campaign, the disappointment of Super Tuesday and how, in a two man race, he could win the Democratic Party nomination for President and beat Trump.  Cohen has taught journalism and has co-founded both the media watch group FAIR (Fairness and Accuracy in Reporting) in 1986, and later the online action group www.RootsAction.org.

The Loss of Meaning in the Precarious Life: From the archive August 2019. Clayton Morgareidge elaborates on Chloe Watlington's remark that deaths of despair are really "capital punishment for those who fall down in the race for success in a winners-take-all society." Clayton's conclusion is nevertheless a hopeful one. You can read his piece here. The opening music in this piece is from Towns Van Zandt's "Waiting Around to Die", one of the saddest songs ever written and emblematic of our times.

Building Power in the City: Denise Morris talks with Portland Metro Peoples Coalition coordinating committe members Johanna Brenner, Michelle Fawcett and Anais Tuepker, also of 350 PDX, about PMPC and why it is necessary to build power in the metro area. Partnering with Unite Oregon, PMPC is co-sponsering a Candidates Forum for Portland City Commissioner Position 2 with KBOO 90.7 FM and Common Ground. Find out who shares your vision on March 18th 6-8:30pm at the Metropolitan Community Church 2828 SE Stephens ST. Portland, Or. 97214. ALS Services provided. Read more about Building Power in the City here.