The Blacker the Berry the Sweeter the Juice 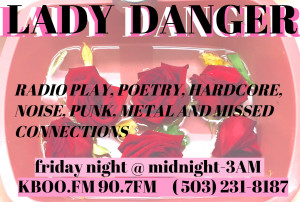 "This Irish tradition, which dates back to the 5th century, says it's appropriate for women to propose to their romantic partners on leap day, rather than waiting for their suitors to pop the question. The custom was started to help women who felt that their significant others were waiting too long to get engaged"

Per the ush- I'll be serving the best of the besht:
A little 80s to cleanse that pallet-- Happy Birthday, Cindy Wilson
some post punk from Madrid as a hot app - SHOUT OUT TO MADRID, DON'T LET THIS VIRUS GET YOU DOWN!!
TODAY IN HISTORY- FIRST COURSE: 1993 - U.S. Federal agents raided the compound of an armed religious cult in Waco, TX. The ATF had planned to arrest the leader of the Branch Davidians, David Koresh, on federal firearms charges. Four agents and six Davidians were killed and a 51-day standoff followed.
TODAY IN HISTORY- SECOND COURSE: 1995 - The Denver International Airport opened after a 16-month delay.
TODAY IN HISTORY- THRED COURSE (LEAP YEAR!!) 1988- South African archbishop Desmond Tutu is arrested along with 100 other clergymen during a five-day anti-apartheid demonstration in Cape Town.

https://www.youtube.com/watch?v=vhKmRtBfxjo - What Happened at the Waco Siege? from the History Channel

Save room for dessert: I'll play some audio from Hal Roach, Rest in Power brother!

Also, this is the OG footage for the short film, Blacker The Berry Sweeter The Juice: https://www.youtube.com/watch?v=6w5zNzgCYHs

END_OF_DOCUMENT_TOKEN_TO_BE_REPLACED

Stage and Studio
Shelley B Shelley, Portland to Africa