A Phoenix First Must Burn. 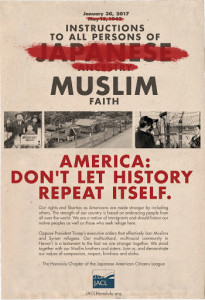 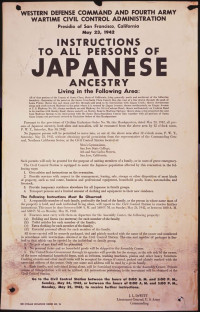 Tonight, as part of Black History and Future Month, Lady Danger shares recordings of radicals who have stood up for civil liberties throughout the ages.
Today's focus is on the work the Japanese American Citizens League did for Internment camp survivors.
In 1980, Congress established the Commission on Wartime Relocation and Internment of Civilians (CWRIC) to study the matter. On February 24, 1983, the commission issued a report entitled Personal Justice Denied, condemning the internment as unjust and motivated by racism and xenophobic ideas rather than factual military necessity. Internment camp survivors sued the federal government for $24 million in property loss, but lost the case. However, the Commission recommended that $20,000 in reparations be paid to those Japanese Americans who had suffered internment. The Civil Liberties Act of 1988 exemplified the Japanese American redress movement that impacted the large debate about the reparation bill. There was question over whether the bill would pass during the 1980s due to the poor state of the federal budget and the low support of Japanese Americans covering 1% of the United States. However, four powerful Japanese-American Democrats and Republicans who had war experience, with the support of Democratic congressmen Barney Frank, sponsored the bill and pushed for its passage as their top priority. On August 10, 1988, U.S. President Ronald Reagan signed the Civil Liberties Act of 1988, which had been sponsored by several representatives including Barney Frank, Norman Mineta, and Bob Matsui in the House and by Spark Matsunaga who got 75 co-sponsors in the Senate, provided financial redress of $20,000 for each surviving detainee, totaling $1.2 billion. The question of to whom reparations should be given, how much, and even whether monetary reparations were appropriate were subjects of sometimes contentious debate within the Japanese American community and Congress. On September 27, 1992, the Civil Liberties Act Amendments of 1992, appropriating an additional $400 million to ensure all remaining internees received their $20,000 redress payments, was signed into law by President George H. W. Bush. He issued another formal apology from the U.S. government on December 7, 1991, on the 50th anniversary of the Pearl Harbor attack, saying: "In remembering, it is important to come to grips with the past. No nation can fully understand itself or find its place in the world if it does not look with clear eyes at all the glories and disgraces of its past.
We in the United States acknowledge such an injustice in our history. The internment of Americans of Japanese ancestry was a great injustice, and it will never be repeated."

“All anybody can do right now: Live. Hold out. Survive.
I don’t know whether good times are coming back again.
But I know that won’t matter if we don’t survive these times.”
-Octavia E. Butler

MUSIC WILL BE SERVED!

I'll be including even MORE Japanese hardcore during this episode. In case you wanna check out some dope bands heres some of them: G.I.S.M, The Victims, Resident of Chaos, Disclose, The Discocks and SOO MUCH DOPE MUSIC FROM JAPAN!!! CRUST, PUNK FORCE, HARDCORE POGO AND MOOOOORRREE!!!

Densho documents the testimonies of Japanese Americans who were unjustly incarcerated during World War II: https://densho.org/righting-a-wrong/ and https://ddr.densho.org/