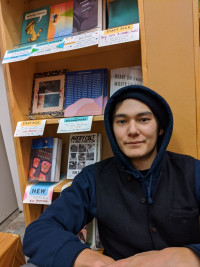 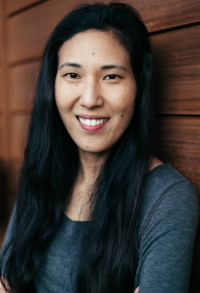 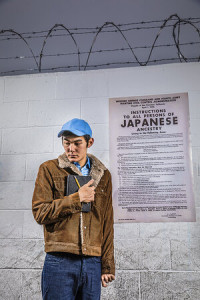 A behind the scenes profile of Jenna Yokoyama and Ken Yoshikawa

Dmae features two Japanese-American artists whose work includes activism in Portland. They are currently in the upcoming production of  The Journal of Ben Uchida at Oregon Children's Theatre. We go behind the scenes to profile actor and poet Ken Yoshikawa  and actress and radio producer Jenna Yokoyama, who is also KBOO's interim co-station manager. Hear about how they've used their artistic talents to bring awareness about the imprisonment of Japanese Americans during WWII and local involvement in Tsuru for Solidarity, a national art project to end detention sites and support front-line immigrant and refugee communities that are being targeted by racist, inhumane immigration policies. Ken will also read poems from his new book Monster Colored Glasses.

Ken Yoshikawa is an actor and published poet based in Portland, OR. He has circulated the Portland theatre and spoken word scene since 2014, appearing onstage at Artists Repertory, NW Children's Theatre, and Portland Center Stage. He will be debuting at the Oregon children's Theatre as Ben in The Journal of Ben Uchida. His first book Monster Colored Glasses, published through Lightship Press is now available at Powell's and on his website yoshikawaken.com.  Ken is featured as Ben in The Journal of Ben Uchida at Oregon Children's Theatre.

Jenna Yokoyama is a Japanese American actor, radio producer, and musician. She is a descendent of survivors of the Manzanar concentration camp.  This is her first production with Oregon Children's Theater. Her recent Portland stage work includes co-writing and appearing in Gambatte: An American Legacy (Vanport Mosaic Festival), participation in the Fertile Ground Festival and Climate Change Theatre Action. She can be heard on the radio as co-host and producer of the Asian/Pacific-Islander focused program, Pacific Underground. Jenna is featured as Naomi in The Journal of Ben Uchida at Oregon Children's Theatre.

More about The Journal of Ben Uchida at Oregon Children's Theatre:

The Journal of Ben Uchida  13559
by Naomi Iizuka

The Story: In 1942, 12-year-old Ben Uchida and his family are forcibly removed from their home in San Francisco and imprisoned at Mirror Lake, an American concentration camp, along with hundreds of thousands of other Japanese-American families. In this unfamiliar place, removed from everything he once knew, Ben’s emotional journey is even more upsetting than his physical one.

Originally commissioned by the Kennedy Center in Washington, DC, this play details—with anger, despair, sadness, and hope—a dark chapter in this country’s history; it tells a story that is relevant, moving, and one that cannot be forgotten.

Recommended for  Ages 10 and up

Content Advisory: This show uses historically accurate language (from the 1940s/WWII), including racial slurs, and bias-motivated violence. Additionally, the play contains visual imagery and indirect references to suicide in the concentration camp. The word suicide is not used in the play, nor is the act dramatized or seen on stage.

Update Required To play the media you will need to either update your browser to a recent version or update your Flash plugin.
Download audio file
Topic tags:
Arts/Culture, Asian Pacific American
Genre(s):
Arts and Culture