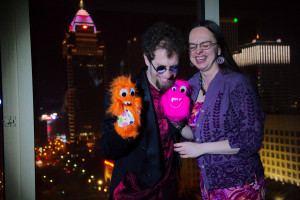 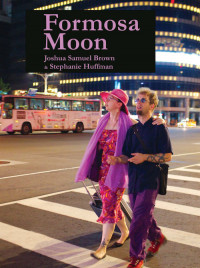 Our guests tonight are Joshua Samuel Brown and Stephanie Huffman, authors of the book Formosa Moon, from Things Asian Press. Along with Seth Brown, (aka Yorick Jones), they also wrote, performed, and produced the legendary radio comedy show, Puppet Radio Theater, on KBOO.

Formosa Moon is part memoir, part travel guide, in which Josh and Stephanie tell the story of their move from Portland, Oregon to Taiwan in January of 2017. And Puppet Radio Theater is all funny radio theater! We'll talk to Josh and Stephanie about the book and the show, and play a few sketches to delight and entertain you.

Update Required To play the media you will need to either update your browser to a recent version or update your Flash plugin.
Download audio file
Topic tags:
Arts/Culture, Humor, Radio Theater, War/Peace
Genre(s):
Arts and Culture, Radio Theatre