PCC President Mark Mitsui on the Paris Climate Accord 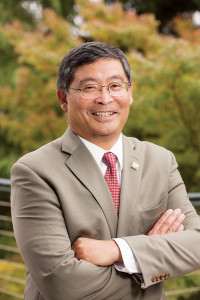 President Trump’s decision to withdraw the United States from the Paris Climate Accord has been decried from all angles, with critics warning of its immediate impacts on the environment and on the United States’ place as a world leader on climate action.

Mark Mitsui is the President of Portland Community College.
He is also on the steering committee of Second Nature, a non-profit which coordinates the actions and strategies of higher education institutions on climate action and sustainability.

KBOO’s Althea Billings spoke with President Mitsui about the United States withdrawal from the Paris Climate Accord and what local level people and institutions can do to combat climate change.

Update Required To play the media you will need to either update your browser to a recent version or update your Flash plugin.
Download audio file
Topic tags:
Environment/Climate, Education, Global Affairs

END_OF_DOCUMENT_TOKEN_TO_BE_REPLACED

The Last Hour
Hour Of The Dead (Metal TLH 1)