1984 at Artists Rep and The Wolves at Portland Playhouse 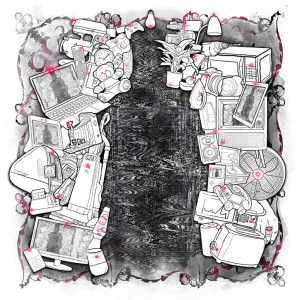 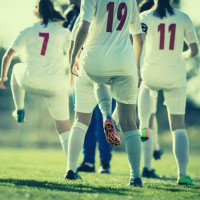 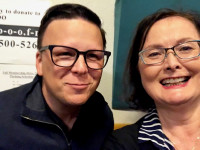 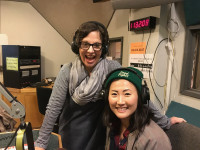 Dmae presents a special one-hour membership edition of Stage & Studio on KBOO. We feature  Damaso Rodriquez, artistic director of Artists Repertory Theatre to talk about the adaptation of 1984 by George Orwell as well highlights of the whole 2019/20 season. And in the second part of the show we'll be joined by director Jessica Wallenfels and actor Barbie Wu to hear about The Wolves by Sarah DeLappe at Portland Playhouse,  a timely Pulitzer-prize finalist play focusing on a young female soccer team. Plus thank you gifts for the membership drive donated by  Artists Rep, Portland Playhouse, Corrib Theatre, CoHo Productions as well as a book giveaway of Rene Denfeld's sequel to The Child Finder. It's called The Butterfly Girl and she will debut it on Oct. 1st on Stage & Studio before reading at Powell's City of Books at 7:30pm.

Artists Repertory Theatre  presents 1984 by George Orwell, A New Play by Robert Icke and Duncan Macmillan. The adaptation of the iconic novel is a theatrical reflection of how skewed reality and technology have become.

The Story: In the dystopian society known as Oceania, everyman Winston Smith is a cog in the system, working in the office of the Ministry of Truth. Individual thought, monitored by the Thought Police is an offense punishable by torture and Winston has been keeping a diary filled with his deepest desires and questions. Even though there’s “no love except love of Big Brother. No loyalty except to the Party,” Winston falls in love with Julia, but is unsure if she is a government spy sent to turn him in to Big Brother. Desperate to keep this book a secret, he has to navigate who or what he can trust.

The engrossingly prophetic novel comes to life in an intensely visceral theatrical reflection of our current climate of fear, austerity, terrorism, surveillance, censorship, and subjective truth. 1984 begs the question, how much of reality is really real?

Warning: There is a depiction of graphic violence and strobe effects in the show.

1984 by George Orwell, A New Play by Robert Icke and Duncan Macmillan
directed by Damaso Rodriquez

Special Discounts:Sliding Scale Sunday (tickets start at $10): only applies to Sunday evening performances
SATMAT: $25 tickets with code, 20for20: 20 tickets available at every performance for $20
Artists Rep participates in Arts for All and the Multnomah County
Library’s Discovery Pass Program.
For tickets call 503.241.1278 or www.artistsrep.org

And in the second half of the one-hour special....

The Story: A girls’ indoor soccer team warms up. From the safety of their suburban stretch circle, the team navigates big questions and wages tiny battles with all the vim and vigor of a pack of adolescent warriors. A portrait of life, liberty, and the pursuit of happiness for nine American girls who just want to score some goals. A Pulitzer Prize finalist, this was noted as "a timely play about a girls’ high school soccer team that illuminates with the unmistakable ping of reality the way young selves are formed when innate character clashes with external challenges."

All shows are at Portland Playhouse located at 602 NE Prescott Street, Portland

KBOO Ticket Thank You Gifts for the Membership Drive:

Description: In a Magdalene Laundry, where the nuns regard them as mindless vessels of evil and their infants are forcibly put up for adoption, a group of young unwed Irish mothers struggle, resist, and strive to overcome the onerous conditions imposed on them. Based on true accounts, and written by an ex-nun who worked there, it’s a story of both pain and hope.

Description: An irreverent one-woman show about a first-generation Cuban American zig-zagging between her own family and career, caring for her 92-year-old mother, and a bone-chilling Boston winter. Brimming with humor, frustration, and honesty about the end of life.  Co-produced with A.R. Nicholas & Brian Shnipper.

Description: The spooky, fun and heartfelt story of Thai American siblings investigating the home of an African American couple terrorized by an “Asian ghost.” An examination of family roots, involuntary displacement, and mental health, influenced by the Thai horror genre and written by the self-proclaimed “world’s only Thai-American playwright.”  Co-produced with MediaRites’ Theatre Diaspora