Islands in the Stream: The Inland Sea DVD reviewed by Film at 11 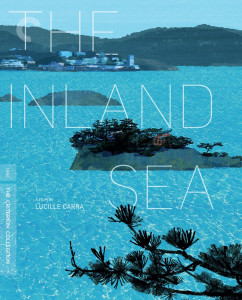 He called it a novel. But Donald Richie's The Inland Sea was more than that.

In 1971, author and film scholar Donald Richie published a poetic travelogue about his explorations of the islands of Japan’s Inland Sea, recording his search for traces of a traditional way of life as well as his own journey of self-discovery. Twenty years later, filmmaker Lucille Carra undertook a parallel trip inspired by Richie’s by-then-classic book, capturing images of hushed beauty and meeting people who still carried on the fading customs that Richie had observed. Interspersed with surprising detours—visits to a Frank Sinatra–loving monk, a leper colony, an ersatz temple of plywood and plaster—and woven together by Richie’s narration as well as a score by celebrated composer Toru Takemitsu, The Inland Sea is an eye-opening voyage and a profound meditation on what it means to be a foreigner.

Criterion thankfully tend to include (when they can) an original, uncompressed, 24-bit linear PCM audio track, this time in 2.0. Though the film has no score to speak of (though features Sinatra's "Stardust" and Puccini's "Nessun Dorma" from Turandot), the narration and various diegetic sounds (such as the percussive instruments at the temple) are well articulated and represented here on this PCM track. There are optional English SDH subtitles on this Region 'A

"Lucille Carra" features the director spending 17-minutes talking about the making of The Inland Sea, in an all-new interview recorded by Criterion. "Paul Schrader and Ian Bururma" is a conversation recorded for the Criterion Collection in 2019, between filmmaker Schrader and cultural critic Buruma. This 15-minute discussion has the two discussing the life and legacy of their close friend Donald Richie, whose 1971 travelogue of the same name inspired The Inland Sea. "Donald Richie", an interview with author and film historian Richie, was shot by director Lucille Carra in 1991 and is included here thanks to Criterion. In this fascinating yet brief interview, he discusses his seminal book The Inland Sea and reflects on his reputation as a leading Western authority on Japanese culture. There are some liner notes with an essay by author Arturo Silva.

Though some may balk at the rather slim running time of the documentary, or the lack of a commentary (which is a silly argument given that the film is in itself a commentary of sorts), this is another fine release from Criterion. Though not entirely my cup of tea, I would easily recommended this to fans of contemplative, documentary cinema.

END_OF_DOCUMENT_TOKEN_TO_BE_REPLACED

Rural Roots Rising
It Takes All of Us