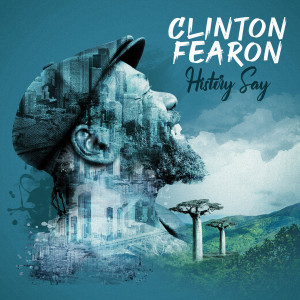 Shocks of Sheba is honored to welcome reggae veteran Clinton Fearon into the KBOO studios, in celebration of his 12th solo release “History Say” and his upcoming show this Friday at the Jack London Revue.

Clinton has been creating and playing reggae music for 50 years now, and has worked with most of Jamaica’s top musicians, as well as producers such as Coxsone Dodd, Yabby You, Lee Perry and more.  The tracks on his latest release “History Say” prove his works just keep getting stronger.

Clinton Fearon started out with the acclaimed roots outfit The Gladiators, a band well known and well-loved throughout the world for its essential output during the 70s & 80’s.  After 18 years, Clinton left the group and relocated in Seattle Washington.

“History Say” proves Clinton to be an artist of both pedigree and openness, as this release features collaborations and a musical bent that is both fluid and refreshing.  The upcoming release features works with Alpha Blondy (Ivory Coast), the Emeterinas (Spain), Mike Love (Hawaii) and even a first with his own daughter Sherine Fearon (Jamaica).

Tune in and catch a vibe with Clinton Fearon,  a true Jamaican legend, and be sure sure and check his performance this Friday at Jack London Revue!

Update Required To play the media you will need to either update your browser to a recent version or update your Flash plugin.
Topic tags:
Music
Genre(s):
Afro-Caribbean, Reggae - Caribbean