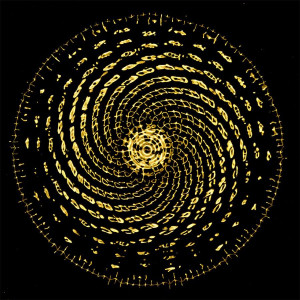 Hello and welcome back to Threshold Shift where we give the mic to nature and amplify Earth. I had the opportunity in April to work at the HearSay Audio Arts Festival in Kilfinane, Ireland and, while we’re still working on gathering sounds from those four fabulous days of audio art for the fall show, it definitely got me thinking again about the intersections of art, science, sound and the way our human senses experience discovery.

In June, we had the first-time ever, strictly sound designed show featuring a hot weather Emergency Rainstorm comprised of a collage of field recorded tracks from across the mid-Atlantic seaboard, the British Isles and beyond. It was in part because my computer ate what became this show at the last minute, so I had to use what I had on hand for a couple plays I designed. As a theatrical sound designer, I use sound to flesh out the world of play by leaning into the script and listening for the absences, the “too quiets” that leave gaps wide enough for the world to enter the stage. I collage together sounds in order to blend together sometimes recognizable, site specific recordings into cohesive abstracts that sound familar to a wide variety of audience members. My goal is to get everyone, no matter where they are from to say, “Yes, this is a rainstorm. My brain recognizes this as a rainstorm."

In theatrical jargon, it’s called the “suspension of disbelief,” which allows our brains a chance to experience something, rather than thinking about the logic behind that experience in the theater. Thus, sound allows people to sink deeper into the storytelling. In fact it has been important to humans and their societies since the beginning. If you need something concrete, name me one community gathering space whether a church, a dance, a forum, or a live performance, that doesn’t include SOME sort of sound as a way of focusing and connecting the group. At their heart, the pressure waves that we sense as sound have a measurable physical impact on our bodies--when people are in the same sound field, we’re surfing in the same waves, and frankly there is a bit of fun and magic in that. I could talk about this for hours, and there are nerdy links on the Threshold Shift program page that explore some of this further at kboo.fm, but it’s a Friday night so let’s catch a wave together and experience the second-ever Threshold Shift program that explores sound collage, documentary-style field recording techniques, and their intersections with human-made sound art.

First we’re going back to Panama on Bocas del Toro island April 10th, 2019 to listen to a field recording captured by my friend Farhad Shah-Hooseini featuring the eponymous Howler Monkeys waking up the day.

Again that was a short segment of a family of Howler Monkeys on Bocas del Toro Island in Panama recorded in April by Farhad Shah-Hooseini. So why monkeys? Well, people experience things in different ways, and we have a complementary story about another man in the jungle with Howler Monkeys to share. This one wasn’t recorded at the time of the event, so the sounds had to be recreated, reinterpreted, collaged and designed in order to illustrate his experience. The following track, called Howlers, features the voice of Portland artist Peter Nevins, who tells his story of camping in the jungles of Costa Rica years ago. The audio portrait was recorded, edited and mixed by his friend Travis Abels, a Portland musician, film editor and producer. As mentioned, Travis didn’t have access to actual recordings of what Peter heard that night. So he filled in the sonic landscape with found sounds, including field recordings, that he then processed, altered, and carefully placed into the recording of Peter’s story to create an artistic interpretation of it. Due to FCC regulations, I must also tell you that there is one instance of adult language in the following track. Please put earmuffs on any ears that need them for the next three and a half minutes while we listen to Howlers by Peter Nevins and Travis Abels.

As you can see, the sonic experience created by Peter Nevins and Travis Abels is a different way of communicating an experience with Howler Monkeys from the one Farhad Shah-Hooseini recorded in Panama. The designed sound versus the raw field recording are two different ways of experiencing what encountering Howler Monkeys in the jungle may feel like. And this is what makes sound so fun, memory is interpreted by the ear of the listener. The human brain naturally seeks patterns and connections, which is where composing stems from whether it's a collage of field recordings or a Bach cantata. So let’s go a little further into the woods. To counterpoint the last designed jungle, we’ll go back to Panama with Farhad Shah-Hooseini to that same early morning in April when the Howler Monkeys were in the trees. This is a more literal sonic translation of what Peter’s experience may have been like, but because field recordings are locked to the time, place, and conditions in which they are recorded, they don't necessarily sound like what we expect them to...meaning that sometimes artistic interpretations sound more "real" to our brains.

Again that was Farhad Shah-Hooseini’s longer recording of Howler Monkeys in the jungle of Bocas del Toro Island in Panama. So now that we’ve compared and contrasted the experience of straight field recordings versus sound designed ones, let’s talk about human-made music and music created by animals in nature.

For us humans, there has been something of a debate in the Western world for hundreds of years on the “proper” way to build and tune instruments. Most were originally tuned to the human voice and ear. So for most of human history, there was no standardized tuning and every instrument made was more or less tuned to the aesthetics of instrument makers, orchestra conductors, or dictated by the capabilities of vocalists and ensembles playing the music. The pitch that musical ensembles tuned to varied widely as did musical scales. Though less so on the latter as those were more tied to regions. In Western Europe, between 1600-1800, many musicians tuned their reference note of A above Middle C (A4) between 400-435 Hz.

As musical scores became easier to print and more orchestras formed with ever-growing concert halls, the fledgling broadcast companies in Europe and America decided that they needed to standardize in order to maintain consistency across performances. A conference in London in 1939 decided to set the reference pitch at the, now measurable, A=440 Hz. On one hand, A=440 was easier to reproduce with the electronic oscillators newly available at the time. On the other, the British were able to maintain their chosen frequency's hegemony over that preferred by the French and the rest of the European continent, who wanted A=435 Hz. What this means for us, dear listeners, is that our modern acoustic instruments are made and tuned to a standard pitch that was recently chosen for technological and commercial reasons, rather than for purely mathematical or aesthetic reasons.

To add to the debate, a French physicist in the 1700s studied musical pitches and proposed a tuning of middle C to 256 Hz, which at least in the C major scale meant all the octaves were mathematically whole powers of 2 above or below middle C. This meant that A=432 Hz. This was interestingly named “philosophical pitch.” Verdi preferred it for his compositions and requested orchestras tune to this but in general over the centuries human musicians have been resistant to standardization. Another interesting fact is that when you look images of 432 Hz and 440 Hz in an oscillating bowl of water, the image created by 432 is supposedly much more symmetrical and harmonious than that of 440. This and quite a few other scientific and artistic tangents along the way have lead groups of people reassert their preference for an A=432 tuning pitch. There is even academic debate amongst these camps as to whether our brains, and nature itself, are more “in tune” at A=432 over A=440. So with this in mind, many meditative and spiritual practices incorporating sound healing in our era advocate for the use of pitches like 432 to assist our brain waves in reaching a more “symmetrical” state. I was curious about this one night and began playing a track composed of sound layers tuned to A=432. It suddenly struck me that it sounded very similar to something I heard recently...

Here is the music: [play examples of the music, fade out]

Here are the bats and katydids, again recorded in the ultrasonic and slowed down 1/20th of their normal speed so we can actually hear them: [play examples of the crickets]

So I realized, with a fair amount of surprise and delight, that crickets and katydids dropped into our hearing range are actually singing in a harmonic of 432. Fancy that, tuning purists! So without further ado, may I introduce, for the first time, a track by Alexander and Kenneth of ZenLifeRelax on Youtube and powerthoughtmeditationclub.com played alongside, with no other edits or mixing by me, the ultrasonic bats, katydids and crickets recorded in Barro Colorado, Panama by the team of Dr. Laurel Symes of Cornell University and mixed by Bill McQuay of Ecolocation sound...enjoy.

Again you were just listening to the first ever broadcast of the sound art composition, 432: The Deepest Healing by Alexander and Kenneth of ZenLifeRelax on Youtube and powerthoughtmeditationclub.com, layered with the natural harmonies and variations of Panama’s ultrasonic bats, katydids and crickets recorded in Barro Colorado, Panama by the team of Dr. Laurel Symes of Cornell University and mixed by Bill McQuay of Ecolocation Sound.

Thank you for joining me on this rambling adventure through sound and art. If you’d like to learn more about 432 or to leave a comment on the show, go to www.kboo.fm and visit the Threshold Shift program page. I am your host Nicole Martin and you’re tuned in to KBOO 90.7 FM Portland. Please join us again at the end of for our next long form installment of Threshold Shift---where we give the mic to nature and amplify earth.

Update Required To play the media you will need to either update your browser to a recent version or update your Flash plugin.
Topic tags:
Animals, Arts/Culture, Education, Environment/Climate, Music, Science/Technology
Genre(s):
Arts and Culture, Eclectic, Electronic, Environment/Sound Art, Experimental