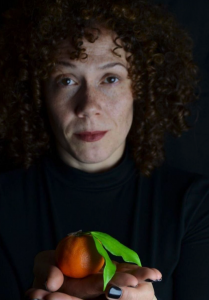 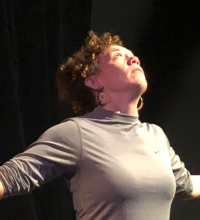 Dmae talks features CoHo Productions' season opener Mala by Melinda Lopez. She talks with co-producers Anna Nicholas and Brian Shnipper who is also director and Julana Torres who performs the title role of Mala in this solo play about a Cuban American daughter taking care of her dying mother while still trying to maintain her career. The show opens Sept. 6-28 at CoHo.

More about the play: Mala is a first generation Cuban American caring for her dying mother. She zig-zags between her own family and career, urgent 911 calls, multiple doctors, her mother’s growing frailty, and a bone-chilling Boston winter. The first production in CoHo's 24th Season, this unsentimental, irreverent one-woman show features the luminous Julana Torres as Mala, and brims with humor, frustration and honesty about the end of life. Melinda Lopez's play is especially resonant in Oregon where the Death with Dignity Act passed in 1994, and the Portland-based Death with Dignity National Center remains as an advocate for nationwide improvements in end-of-life care. At a time when Gen Xers and Millennials are becoming responsible for their aging parents, Boomers are faced with the prospect of giving up their independence, and immigrant families often struggle to find culturally and linguistically-sensitive healthcare, Mala creates space to laugh, grieve, reflect, and experience the inevitable together.

SUNDAY SEPTEMBER 15: Post Matinee Discussion - Growing Old With Grace and Dignity: A Discussion About Life Choices and the Dignity Act

THURSDAY SEPTEMBER 19: Post Show Discussion - Taking Care of Yourself as You Care for an Aging Parent (or Loved

About the Playwright: Melinda Lopez is the play­wright-in-residence at the Huntington Theatre Company. Mala (Arts Emerson, 2016) won the 2016 Elliot Norton Award for Best New Play, and ran at the Guthrie Theatre, Minneapolis (Oct. 2017) and Huntington Theatre Company, Boston (January 2018). Upcoming projects include a translation of Yerma (Lorca) at The Huntington Theatre, June 2019. Her award-winning play Sonia Flew (Elliot Norton Award, IRNE Award) has been produced all over the country including: Huntington Theatre Company, Steppenwolf, Coconut Grove Playhouse, Contemporary American Theater Festival, San Jose Repertory Theatre, and many others. Other plays include Becoming Cuba, (Huntington Theatre Company,) Back the Night, (Boston Playwrights Theatre,) Caroline in Jersey (Williamstown Theatre Festival), Orchids to Octopi (Central Square Theater, commissioned by the National Institutes of Health for the Darwin bicentennial), Gary (Steppenwolf First Look Repertory, BPT), Alexandros (Laguna Playhouse), Midnight Sandwich/Medianoche (Elliot Norton Award Outstanding Solo Performance, Coconut Grove Playhouse), and multiple short plays. Ms. Lopez is among the first cohort of playwrights to receive a three-year residency grant from the Andrew W. Mellon Foundation, and she was the first recip­ient of the Charlotte Woolard Award, given by The Kennedy Center to a “promising new voice in American theatre.” She is active in the local Cuban American community and works to provide humanitarian aid the the people of Cuba.  (melindalopez.com)

Julana Torres (Mala) is a Portland local with an extensive career in dance, music, and theatre. She has recently returned to the stage after a long hiatus of teaching with Portland Public Schools where she established the full time dance program for Franklin High School. Since returning, she has been seen in Crowns (Portland Playhouse), Cop Out (Red Door Project) Between Riverside and Crazy (Artist Repertory) Water by the Spoonful (Profile Theatre), 26 Miles (Profile Theatre), Óye Oyá (Milagro Theatre), and Cuba Libre (Artist Repertory). In 2017 she received a Drammy nomination for Best Actress in a Play for her work in Water by the Spoonful. She recently completed the feature film Losing Addison starring Sherilyn Fenn, and can also be seen performing as the lead singer for popular Latin Jazz orchestra The Bobby Torres Ensemble.

Update Required To play the media you will need to either update your browser to a recent version or update your Flash plugin.
Topic tags:
Arts/Culture, Latino/Hispanic
Genre(s):
Arts and Culture