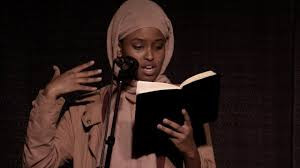 Tonight we hear from a wide variety of Immigrant Poets, including:

Juan Felipe Herrera was appointed Poet Laureate of the United States in 2015. poets.org and the Poetry Foundation

Marilyn Chin was born in Hong Kong and raised here in Portland, and is Chancellor of the Academy of American Poets.  marilynchin.org

Lena Khalaf Tuffaha is a poet, essayist, and translator. In 2017-18, she served as inaugural Poet-In-Residence at Open Books: A Poem Emporium in Seattle.

Richard Blanco is the Education Ambassador for the Academy of American Poets and read at President Obama’s second Presidential inauguration and also recently in Southern Oregon.

Update Required To play the media you will need to either update your browser to a recent version or update your Flash plugin.
Topic tags:
Arts/Culture, Poetry

Jazz in the Afternoon
Jazz to be Thankful For

Life During Wartime
Soundtrack for the Peoples Uprising