Monsters I Have Been 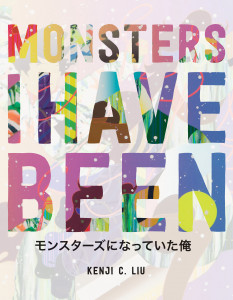 “Kenji Liu’s Monsters I Have Been writhes knotty tentacles through textual boneyards," raves Douglas Kearny, "disturbing screenplays, theoretical works, and literatures in their coffined-off sleeps... Sharp, protean, dexterous, and discontent―Liu’s collection shows where the bodies have been buried, and that many won’t stay dead. No doubt, this book is alive as all hell.”

This week host Jake Vermaas talks with Kenji Liu about his new book Monsters I have Been.

Kenji C. Liu (劉謙司) is also the author of Map of an Onion, national winner of the 2015 Hillary Gravendyk Poetry Prize. His poetry is in American Poetry Review, Action Yes!, Apogee, Barrow Street, The Feminist Wire,The Progressive, The Rumpus, The Volta, Split This Rock’s poem of the week series, several anthologies, and two chapbooks, Craters: A Field Guide (2017) and You Left Without Your Shoes (2009). A Kundiman fellow and an alumnus of VONA/Voices, the Djerassi Resident Artist Program, and the Community of Writers, he lives in Los Angeles.

His work can be found at www.kenjiliu.com

Update Required To play the media you will need to either update your browser to a recent version or update your Flash plugin.
Topic tags:
Asian Pacific American, Arts/Culture, Poetry