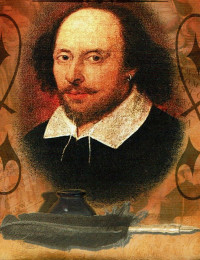 Tonight we're doing something different - now, in May, we're doing the show we created for National Poetry Month in the USA, which is April..... and we're doing that because the night we would have been on was given up to the important, exciting, valuable hours of programming for EARTH DAY.  Tonight I'm going to read poems by many poets - and so is Patrick Bocarde, who's been engineering this program almost since it began in July of 2016.  Patrick is a longtime contributor to the culture of Portland poetry, having been a host, a sound engineer for KBOO’s poetry program Talking Earth, and a writer/creator in local journals -- including the Broken Word anthologies, the Temple, and Venetian Blind Drunk, among others. He's a co-creator of the satirical short film “the worriers” (based on the cult classic "the warriors"); his chapbooks include This Economy Must Be Destroyed and Walking Home Weird.  ......  Judith Arcana writes poems, stories, essays and books.  In 2018, two of her books came out in new editions from Portland's Eberhardt Press: 4th Period English, poems about immigration, and Grace Paley's Life Stories, a biography of the globally-celebrated activist and writer.  Poems in Judith's most recent collection,  Announcements from the Planetarium (Oregon's Flowstone Press, 2017), examine memory, wisdom, and aging into new consciousness.  Judith hosts this show; visit her website: juditharcana.com.  ....... Yeah, tonight it's all poetry, all the time, a celebration of the art of poetry; as you see, we've chosen portraits of Sappho and Shakespeare to give us the right vibe.

Update Required To play the media you will need to either update your browser to a recent version or update your Flash plugin.
Topic tags:
Arts/Culture, Poetry
Genre(s):
Live Performance, Spoken Arts