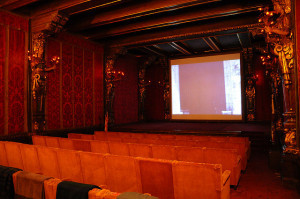 In a sentence: A panel broadcast reviewing the latest films and shows from the multiplex to the arthouse and beyond.

On today's program, Mona and DKH take a quick survey of films opening around town, salute the late "Bond Girl" Tania Mallet, who played Tilly Masterson in Goldfinger, and then compare and contrast two new Netflix movies, The Highwaymen and Triple Frontier. Finally there is a lengthy discussion of Shazam, and the Stephen King adaptation Pet Semetary. The Monday Sampler's Fortunato makes a cameo appearance to discuss the complex background of the comic book character Captain Marvel, the basis for Shazam.

Update Required To play the media you will need to either update your browser to a recent version or update your Flash plugin.
Download audio file
Topic tags:
Arts/Culture, Film