Kalama Methanol and the Chinese Connection 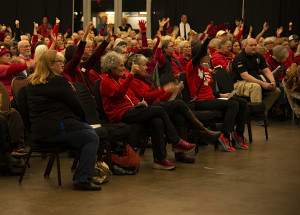 In 2014, a Chinese-backed company, Northwest Innovation Works, announced that it planned to build the world's largest methanol refinery in Kalama, Washington. This methanol would be shipped to China where it would be processed into olefins to make plastic. Five years later the project is still on hold while  lawsuits initiated by environmental groups, such as Columbia Riverkeeper, challenge permits required for construction. In December, in response to an EarthJustice lawsuit on behalf of Columbia Riverkeeper, a draft supplementary environmental impact statement (DSEIS) was released that supposedly provided a full life cycle analysis for greenhouse gas emissions the plant would produce. To many people's surprise the report claimed that this facility would actually reduce carbon emissions and be good for the environment, even though it would consume one-third as much natural gas as the entire state of Washington. Many people have submitted comments on this report pointing out major fallacies. One of the most interesting arguments was made by Washington State University associate professor Paul Thiers, who is a China expert.

On this episode of Locus Focus Paul joins us to discuss why he refutes the report's claim that the project will reduce greenhouse gas emissions by reducing the use of coal in China's chemical industry.

Paul Thiers is an Associate Professor at Washington State University Vancouver where he teaches in the Program in Public Affairs and is affiliated with the Collaborative for Social and Environmental Justice. His research focuses on the social and environmental consequences of interaction between global forces and local political economies.  His primary location of research is China where he has studied, worked and traveled on and off since 1984.