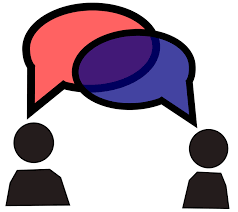 Al is a man that I’ve had a “nodding / how ya doing” acquaintance with for a couple of years because we work out at the same gym.  But in the past year we found ourselves conversing more about national and world politics, race relations in the US, food, exercise and other assorted issues.   Al was born outside the US but has lived here for many years.  I liked hearing his refreshing perspectives as a world traveler.

Al is sometimes a bit understated in voicing his professional accomplishments.  I discovered this when we started talking about his career.  He’s retired now, but while working he had a consulting career as a nuclear engineer that resulted in his traveling throughout the US and the world.   This episode features a brief conversation that I had with Al after a tasty lunch he cooked at his home.  (We are both vegetarians, and the lunch was tasty!)  Nothing earth shattering.  We don’t solve the world’s problems.  Just a very informal conversation about some of the ins and outs of his life.

Update Required To play the media you will need to either update your browser to a recent version or update your Flash plugin.
Topic tags:
Community Building