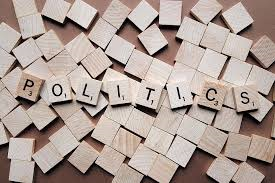 Join me for this second part of a 3-part conversation with my husband, Max Mania.  Max recently ran as a candidate for Benton County Commissioner – unaffiliated with any party, and I operated as his Campaign Manager.  Unfortunately, he lost his bid.  I operated as his Campaign Manager.   In Part 2 of this series we’ll discuss: (1) Planning and Implementing the campaign strategy,  (2) Getting the necessary support, and (3) Challenges in retaining that support.

Since the fool got into the white house, there’s been a push for more grassroots political action.  Local political action can encompass various levels of involvement:  writing letters, donating money, organizing and/or attending rallies.  But few actually  put their bodies, reputation and lives on the line by running for office.  It’s not easy.  In fact, it’s downright brutal, especially if you are not a “party machine” candidate.

Max decided to offer his leadership and experience to Benton County in what he and I both thought could be a positive game changing event, challenging business as usual.  Why?  Because the exclusively Democratic “leadership” on the County Commission during the past 20 years has led to Benton County having the worst economic inequity in Oregon, as well as being one of the ten worst counties nationally.  Historically, the three Democrats here have governed very much like Republicans.

During this series, we’ll discuss the logistics, opportunities and pitfalls of running for local office.  We hope this topic will be of interest to listeners, and educational for those who may be thinking of running for office.

Update Required To play the media you will need to either update your browser to a recent version or update your Flash plugin.
Topic tags:
Activism, Community Building, Government/Politics