Defending our Communities as Fascism is on the Rise 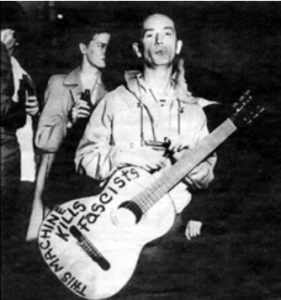 Patriot Prayer and Proud Boys have been loudly active in the Portland area over the last week.

Last Saturday, Patriot Prayer announced a demonstration for law and order. They marched with patriotic chants and american flags.  They announced their intention of confronting activists holding a vigil for Patrick Kimmock, including Don't Shoot Portland.  Predictably,  that confrontation happened, and turned violent quickly, with members of the far right groups delivering a beat down.

On Monday, it was announced that earlier this year, on August 4th, at the beginning of a long day of fascist / alt-right action, the Portland Police discovered members of the far right were on a garage rooftop, with long barreled rifles.  Telling the gun owners to lock their rifles in their boxes, and store the ammo separately, the police left the men where they were, saying they had done nothing illegal to warrent further action.

And put this in the national landscape in which Proud Boys founder Gavin McInnes spoke at the Metropolitan Republican Club. His speech included a reenactment of a 1960 public murder of a socialist, Inejiro Asanuma, by a member of the far right-- a moment of history that McInnes has referred to as "inspirational".  Following his talk, members of the Proud Boys streamed into the streets, and sought anti-fascist demonstrators to beat. At one point, McInnes arrives, briefly steps out of a car, waves the Japanese sword he is still carrying from his talk in an unmistakable gesture, referring to that political assassination.

Please join me in conversation with Shane Burley, author of Fascism Today: What it Is, and How to End It, and Alexander Reid Ross, author of Against the Fascist Creep.

Update Required To play the media you will need to either update your browser to a recent version or update your Flash plugin.
Download audio file
Topic tags:
Activism, Civil Liberties, Civil Rights/Human Rights, Community Building