The Untold Gaze by Stephen O'Donnell and Gigi Little 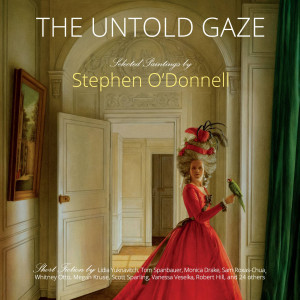 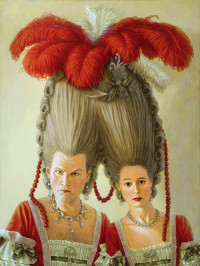 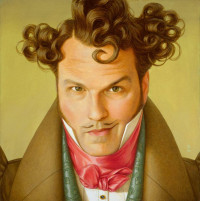 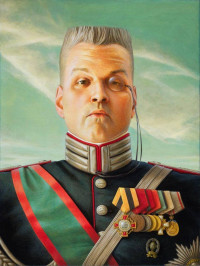 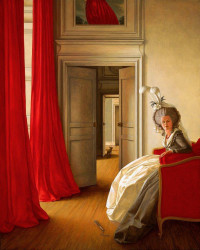 On this special hour-long edition of Between the Covers, we welcome Stephen O’Donnell and Gigi Little, creators and editors of the new book The Untold Gaze, which features selected paintings by Stephen, with short fiction and poetry inspired by those paintings. The texts were written by 33 contributors, and we have three of those contributors here with us today -- Bradley K. Rosen, Stephen Rutledge, and Liz Scott.

But first a little background on Stephen and Gigi. Stephen O’Donnell is a Portland-based painter, a “mid-career fine artist” in his own words. Which I don’t think is a strong enough description. He’s an absolutely amazing painter, whose work is widely collected both in the U.S. and abroad. He’s best known for his self-portraiture, working mainly in the genre known as historicized portrait, in which a recognizable subject is portrayed in period costume or mythological guise, a style Stephen has adopted from great artists of the past.

Gigi Little is a Portland-based writer and designer. She edited the wonderful collection of stories -- City of Weird: 30 Otherworldly Portland Tales – from Forest Avenue Press, which we featured on Between the Covers in October 2016. Gigi’s own essays and short fiction have appeared in anthologies and literary magazines, including Portland Noir, Spent, and The Pacific Northwest Reader. She works as a marketing coordinator at Powell’s Books, and also as the graphic designer for the Portland-based indie publisher Forest Avenue Press.

Stephen and Gigi will be appearing at Powell’s City of Books on Sunday, October 21st at 7:30 PM, for a reading and book signing. And they'll be joined by contributors Lidia Yuknavitch, Monica Drake, Scott Sparling, Margaret Malone, and Jude Brewer.

Update Required To play the media you will need to either update your browser to a recent version or update your Flash plugin.
Download audio file
Topic tags:
Arts/Culture, Gender, Poetry, Fiction
Genre(s):
Arts and Culture, Spoken Arts