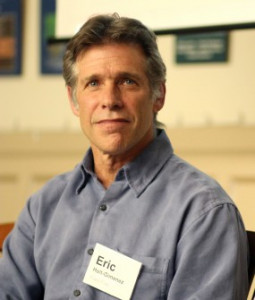 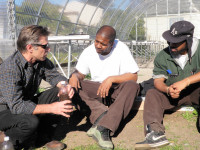 Food is the basis of life. We need it to live. It is as simple as that. The UN declares, “the right to adequate food is a long-standing international human right.” But the aim of 21st century capitalism is not primarily to promote our well-being and health, it is to control markets and maximize profits. The production of food is a gigantic global enterprise dominated by a handful of mega-corporations: General Mills, Pepsi, Nestle, Unilever and Coca-Cola. While they do well, hunger and food insecurity effects billions of people around the world including tens of millions in the U.S. Communities are pushing back the corporate food regime by establishing coops. Environmental and food activist Vandana Shiva of India says, “Food has been transformed into a commodity, destroying farmers’ livelihoods, destroying the health of the planet and the health of people.” She calls on us “to become the change we want to see in the food system, so it nourishes the Earth and all beings.”

Eric Holt-Giménez is the executive director of the Institute for Food and Development Policy, known as Food First, a "people's think tank" dedicated to ending the injustices that cause hunger. For over two decades, he has worked with peasant movements in Mexico and Central America. He is the author of Campesino a Campesino: Voices from Latin America’s Farmer to Farmer Movement and A Foodie’s Guide to Capitalism.