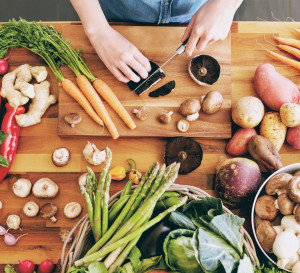 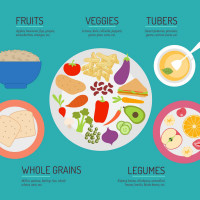 Plant-based eating is still a misunderstood concept among many.  Guest Janice Stanger talks about some of the common misconceptions and how she arrived to this way of eating.

A plant-based diet is a diet based on foods derived from plants, including vegetables, whole grains, nuts, seeds, legumes and fruits, but with few or no animal products.  The use of the phrase has changed over time, and examples can be found of the phrase "plant-based diet" being used to refer to vegan diets, which contain no food from animal sources, to vegetarian diets which include eggs and dairy but no meat, and to diets with varying amounts of animal-based foods, such as semi-vegetarian diets which contain small amounts of meat.

Update Required To play the media you will need to either update your browser to a recent version or update your Flash plugin.
Download audio file
Topic tags:
Health, Food