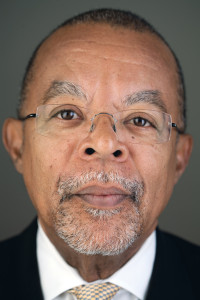 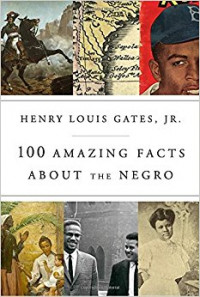 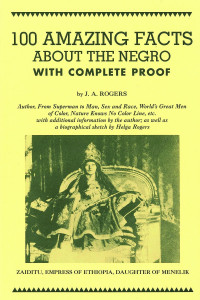 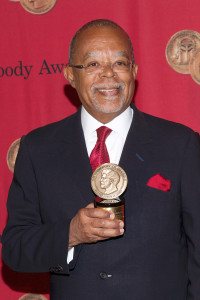 Cecil and Celeste welcome literary critic, teacher, historian, filmmaker and public intellectual Henry Louis Gates Jr to KBOO.  Gates currently serves as the Alphonse Fletcher University Professor and Director of the Hutchins Center for African and African American Research at Harvard University. He discovered what are considered the first books by African-American writers, both women, and has published extensively on appreciating African-American literature as part of the Western canon.  His new book is 100 Amazing Facts About the Negro.

The first edition of Joel Augustus Rogers’s now legendary 100 Amazing Facts About the Negro with Complete Proof, published in 1934, was billed as “A Negro ‘Believe It or Not.’” Rogers’s little book was priceless because he was delivering enlightenment and pride, steeped in historical research, to a people too long starved on the lie that they were worth nothing. For African Americans of the Jim Crow era, Rogers’s was their first black history teacher. But Rogers was not always shy about embellishing the “facts” and minimizing ambiguity; neither was he above shock journalism now and then.

With élan and erudition—and with winning enthusiasm—Henry Louis Gates, Jr. gives us a corrective yet loving homage to Roger’s work. Relying on the latest scholarship, Gates leads us on a romp through African, diasporic, and African-American history in question-and-answer format. Among the one hundred questions: Who were Africa’s first ambassadors to Europe? Who was the first black president in North America? Did Lincoln really free the slaves? Who was history’s wealthiest person? What percentage of white Americans have recent African ancestry? Why did free black people living in the South before the end of the Civil War stay there? Who was the first black head of state in modern Western history? Where was the first Underground Railroad? Who was the first black American woman to be a self-made millionaire? Which black man made many of our favorite household products better?

Here are a few of the “100 Amazing Facts About the Negro” that Henry Louis Gates Jr. brings to our attention in his new book:

Nearly 8 million white Americans have hidden African heritage. That means one of their foremothers or -fathers, within the past six generations, would be classified as African American if the one-drop rule were still enforced. It also means that somebody in their family, within the past 200 years, was technically black and managed to pass for white.

The banner year for African American women’s literary achievement was 1993. That was the year when Maya Angelou read her poem “On the Pulse of Morning” at President Bill Clinton’s inauguration. It was also the year Rita Dove was named poet laureate of the United States and the novelist Toni Morrison won the Nobel Prize for Literature.

Some African Americans owned enslaved people, and those they owned were not all relatives. To be sure, these African American slaveholders were a tiny percentage of the total number of free blacks (about 1 percent of free blacks owned just six-tenths of 1 percent of the total number of enslaved people). Most owned just one slave, but about 50 owned between 20 and 84 slaves in 1830.

The civil rights icon and baseball great Jackie Robinson was court-martialed three years before he joined Major League Baseball. He refused to move to the back of a near-empty military bus and was arrested, but not convicted of “behaving with disrespect toward . . . his superior officer.” Had Robinson been convicted, our history might look very different.

If you’ve been following Gates, his PBS work and the columns he wrote on the Root, the website that he and former Washington Post owner Donald Graham founded, you are probably familiar with some of the amazing facts Gates has collected in this volume. It’s a fun book that, in no particular order, asks and answers questions about ancient history (Balthasar, one of the three wise men, was the first black person to see Jesus), Afro-European history (Russian Emperor Peter the Great had an African godson, Abram Gannibal) and Afro-Latin history (Argentina deliberately sought to wipe out its black population as a “policy of covert genocide”). Indeed, this book is global time travel, looking at history through the lens of African American lives.

This isn’t the kind of book you should sit down and tackle in one reading. You can hop around from little-known facts to well-known ones, from celebrated historical figures to the more obscure. The book brims with conversation pieces but also with the pain that is all too evident when discussing the ways enslaved people of African descent lived here in the United States and around the world (yes, enslavement in Iraq, once known as Mesopotamia, makes an appearance in this book).

Did dogs actually eat enslaved people? Yes, according to Fact 15. Were any of the U.S. slave rebellions successful? Sadly, no, according to Fact 29. Gates explores facts about the Underground Railroad, African Americans in higher education and in the judiciary. There is also a fair representation of firsts in this book, such as the first black woman to become a millionaire (Sarah Breedlove, later known as Madam C.J. Walker), the first black man to serve in the U.S. Senate (Mississippi Republican Hiram Revels) and an interesting set of black folks in unexpected places: serving as marshals in the Wild West, dying on the Titanic.

As brilliant a historian as Gates is, “100 Amazing Facts About the Negro” is not an original idea. He modeled it after a 1934 book by journalist Joel Augustus Rogers, “100 Amazing Facts About the Negro With Complete Proof: A Short Cut to the World History of the Negro.” Rogers’s 51-page book revealed little-known facts about black history and was based on columns he wrote for the black press, notably the Pittsburgh Courier. While the facts Gates has compiled seem to have been almost randomly selected and ordered, Rogers grouped his facts alphabetically by subject, including the arts, illiteracy, medicine, politics, race-mixing, slavery, sports and warfare. Rogers’s book also listed some of the “world’s greatest men and women of African descent,” including kings, queens, presidents, dictators, painters, sculptors, racial leaders and artists. The Rogers book offered far less detail than Gates’s work, but it is clear that Rogers provided Gates with inspiration. Indeed, Gates begins his book with the question: “Which journalist was among the first to bring black history facts to the masses?” The answer, of course, is Joel A. Rogers.

Because of the whimsical way this book is organized, it is difficult to quibble with it. It overflows with interesting information and provides much food for thought. Gates picked the facts that intrigued him, as well as some requested by his readers at the Root. He gives references for each fact, providing the basis for further research by other historians. But who makes history? And how much of it is swallowed? History belongs, after all, to the one who holds the pen, to the person who has the privilege to observe events and to write them down. History, until recently, has been skewed by the white, male, privileged interpretation of events. It has taken historians such as Evelyn Higginbotham, Annette Gordon-Reed, Howard Zinn and Gates to expand the horizon of history.