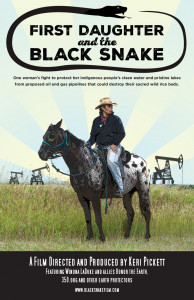 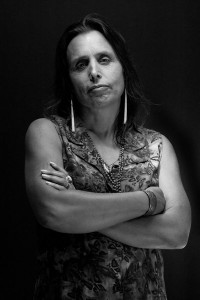 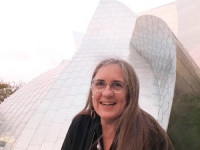 Paul Roland is joined by Winona LaDuke and filmmaker Keri Pickett to discuss the new film First Daughter and the Black Snake, screening on Thursday, Sept 28th at 7:00 pm at the Hollywood Theatre.

The “Prophecy of the 7th Fire” says a “black snake” will bring destruction to the earth. We will have a choice of two paths. One is scorched, and one is green. For Winona (Ojibwe for “first daughter”), the “black snake” is oil trains and pipelines. When she learns that Canadian-owned Enbridge plans to route a new pipeline through her tribe’s 1855 Treaty land, she and her community spring into action to save the sacred wild rice lakes and preserve their traditional indigenous way of life.

Following her decision to fight Enbridge, Winona dreams that she is riding her horse against the current of the oil. Launching an annual spiritual horse ride along the proposed pipeline route, speaking at community meetings and regulatory hearings. Winona testifies that the pipeline route follows one of historical and present-day trauma. The tribe participates in the pipeline permitting process, asserting their treaty rights to protect their natural resources.

Winona is a daughter, mother, granny, and Executive Director of Honor the Earth, a native-led environmental justice organization. Winona’s mother, Betty, explains about she met Winona’s father, Sun Bear, and his traditional life of hunting, fishing, and gathering on Minnesota’s White Earth reservation. Tapping trees for syrup, harvesting the wild rice, sewing a jingle dress, defending the treaties, and tending her horses—Winona is living by her father’s values.