In the Shadows of the American Century 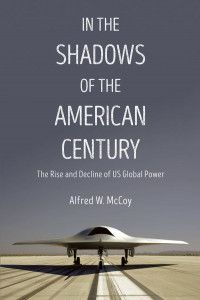 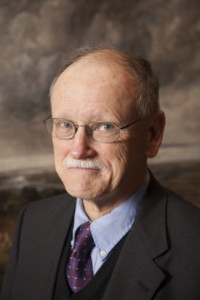 The Rise and Decline of US Global Power

Per Fagereng welcomes Alfred McCoy to KBOO.  Alfred McCoy is the J.R.W. Smail Professor of History at the University of Wisconsin–Madison. McCoy has been recognized as "one of the world’s leading historians of Southeast Asia and an expert on Philippine political history, opium trafficking in the Golden Triangle, underworld crime syndicates, and international political surveillance.

[This piece has been adapted and expanded from the introduction to Alfred W. McCoy’s new book, In the Shadows of the American Century: The Rise and Decline of U.S. Global Power.]

"In the wake of the 2001 terrorist attacks, Washington pursued its elusive enemies across the landscapes of Asia and Africa, thanks in part to a massive expansion of its intelligence infrastructure, particularly of the emerging technologies for digital surveillance, agile drones, and biometric identification. In 2010, almost a decade into this secret war with its voracious appetite for information, the Washington Post reported that the national security state had swelled into a “fourth branch” of the federal government -- with 854,000 vetted officials, 263 security organizations, and over 3,000 intelligence units, issuing 50,000 special reports every year.

Though stunning, these statistics only skimmed the visible surface of what had become history’s largest and most lethal clandestine apparatus. According to classified documents that Edward Snowden leaked in 2013, the nation’s 16 intelligence agencies alone had 107,035 employees and a combined “black budget” of $52.6 billion, the equivalent of 10% percent of the vast defense budget.
By sweeping the skies and probing the worldwide web’s undersea cables, the National Security Agency (NSA) could surgically penetrate the confidential communications of just about any leader on the planet, while simultaneously sweeping up billions of ordinary messages. For its classified missions, the CIA had access to the Pentagon’s Special Operations Command, with 69,000 elite troops (Rangers, SEALs, Air Commandos) and their agile arsenal. In addition to this formidable paramilitary capacity, the CIA operated 30 Predator and Reaper drones responsible for more than 3,000 deaths in Pakistan and Yemen.

While Americans practiced a collective form of duck and cover as the Department of Homeland Security’s colored alerts pulsed nervously from yellow to red, few paused to ask the hard question: Was all this security really directed solely at enemies beyond our borders? After half a century of domestic security abuses -- from the “red scare” of the 1920s through the FBI’s illegal harassment of antiwar protesters in the 1960s and 1970s -- could we really be confident that there wasn’t a hidden cost to all these secret measures right here at home? Maybe, just maybe, all this security wasn’t really so benign when it came to us.

From my own personal experience over the past half-century, and my family’s history over three generations, I’ve found out in the most personal way possible that there’s a real cost to entrusting our civil liberties to the discretion of secret agencies. Let me share just a few of my own “war” stories to explain how I’ve been forced to keep learning and relearning this uncomfortable lesson the hard way."

Update Required To play the media you will need to either update your browser to a recent version or update your Flash plugin.
Download audio file
Topic tags:
Energy/Natural Resources, Government/Politics, Global Affairs, History, War/Peace