Facing Cataclysm and Fighting On, Without Illusions, with guest Ken Ward 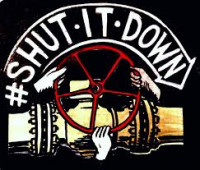 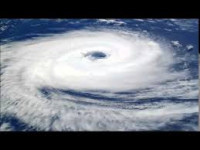 But will the mainstream finally wake up?

Guest Ken Ward has a 35-year history of environmental activism. This long experience, from organizational leadership to grassroots direct action, combined with a continual questioning of the status quo and search for effective policy and action, has kept his approach open and adaptable. His recent article, "Mainstream U.S. Climate Strategy Has Failed Miserably: So What Now?" on AlterNet (link below), continues to provoke and to seek new avenues and alliances. Recently, he experienced climate disruption directly when he was evacuated from his home in Corbett because of the Eagle Creek fire. In October, 2016 he participated and was arrested in the "Shut It Down" action http://www.shutitdown.today/ , in which he and four other brave climate activists and "Valveturners," determined to act commensurately with the truth of unfolding climate cataclysm in the face of the failure of adequate policy, closed safety valves on the 5 pipelines carrying tar sands crude oil into the United States. He also co-founded the Climate Disobedience Center with Tim DeChristopher, Marla Marcu, and Jay O'Hara. http://www.climatedisobedience.org/

Ward is the former Executive Director of New Jersey Public Interest Research Group (NJPIRG), Deputy Director of Greenpeace USA, President of the National Environmental Law Center and co-founder of Green Corps, the Fund for Public Interest Research and U.S. PIRG. After 20 years of professional activism he became an at-home dad for his now 15 year old boy, Eli, which afforded him the opportunity to read all then available science articles on climate. Realizing that the climate approach of US environmentalists is inadequate, he has spent the last 15 years pushing for a bigger, tougher climate strategy, summarized in the Bright Lines papers (2007). His recent work includes the Jamaica Plain Green House, which served as a regional hub for 350.org actions, Metro Boston Climate Defense, acting Director for Apeiron Institute for Sustainable Living, and, with Jay O'Hara, blockading a coal shipment at Brayton Point in 2013 with a lobster boat - the Lobster Boat Blockade.  Ken lives in Corbett, Oregon and is active in the Shell No! campaign.War

Other recent articles worth checking out: