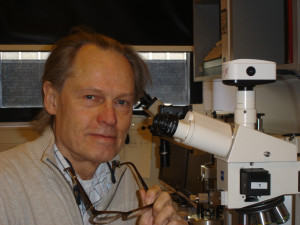 Dr. Niels Harrit, retired professor of chemistry at the University of Copenhagen, discusses the collapse of three skyscrapers on September 11th, 2001.

It is now 16 years after the events of September 11th, 2001 that have changed the world. I am in the midst of a series of interviews with 9/11 skeptics and scholars.  These are sober scientists who refuse to be bullied and who present their case with analysis of the evidence.

I have spoken already with psychotherapist, Frances Shure, who is writing a series of articles entitled, “Why Do Good People Become Silent or Worse About 9/11.” I have also spoken with David Ray Griffin, sometimes called the grandfather of the 9/11 truth movement, about his latest book, Bush and Cheney: How They Ruined America and the World.

Interviews forthcoming are with Graeme MacQueen who exposed the 2001 anthrax hoax in his book, The 2001 Anthrax Deception: The Case for a Domestic Conspiracy. Dr MacQueen is a retired professor in the Religious Studies Department at McMaster University in Hamilton, Ontario, Canada. He is a member of the 9/11 Consensus Panel along with Frances Shure and David Ray Griffin.

Also, I will speak with Dr. Leroy Hulsey, Chair of University of Alaska Fairbanks Civil and Environmental Engineering Department, who this week released a draft report of the science behind the collapse of World Trade Center Tower 7.

In this episode, I speak with Dr. Niels Harrit, Associate Professor of Chemistry at the Nano-Science Center, University of Copenhagen; first author of “Active Thermitic Material Observed in Dust from the 9/11 World Trade Center Catastrophe” published in the Open Chemical Physics Journal in 2009.

We discuss the thermite, thermate, and nanothermite discovered in the dust of the world trade center towers, his evaluation of the reports released by National Institute of Standards and Technology (NIST), and the work of the 9/11 Consensus Panel.

Niels Harrit, PhD., was born in 1945. Since 1971, he has been associate professor at University of Copenhagen. He retired from the position in 2009 and is now emeritus. Thus, he has been a researcher and teacher in the Department of Chemistry for more than forty years and has published more than 60 peer-reviewed papers in the best scientific journals. The latest publications are about time-resolved X-ray spectroscopy of ultra-fast photochemical processes and multidimensional fluorescence spectroscopy. Since 2007 he has been actively involved in the global movement for 911-truth, demanding an independent investigation of the terror attacks on September 11th, 2001. He was the leading author of a scientific paper, published in April, 2009, describing the findings of active thermitic material in the dust from the collapses of the three (!) skyscrapers of World Trade Center. He is member of the 911-consensus panel (http://www.consensus911.org/).