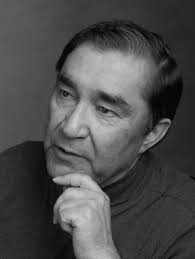 Greetings from tumultuous Kabul. You no doubt heard about the massive truck bombing here yesterday and about an  attack a week ago on a Swedish charity guest house- near AUAF- where one woman was killed and another kidnapped. A few of you have written if I and AUAF are OK. For most people here, this kind of mayhem, brutality and carnage has become part of life. Yesterday's explosion took place at 8:22 am during rush hour and in the heart of Kabul's 'Green Zone' close to several embassies and the presidential palace. There is speculation about how/why the septic tank cleaning truck laden with 1500 kilos of explosives passed through several check points to the intersection where it exploded. The explosion was felt throughout the city. It killed more than a hundred and wounded about 500 men, women, children, young and old-almost all civilians. And it caused millions of dollars worth of damage to embassies, houses, businesses, cars and so on. It just looked like a similar event in Iraq, Syria or Yeman. AUAF went to an immediate re-lock-down and no movement. We have been under lock-down for about two months now. My wife Tahmina and I wept as we watched the unbearable pain and suffering on TV. Please see attached links for pictures.This was the sixth such major atrocity so far this year. Recall the attack on a Kabul hospital where about 50 people were killed and countless injured. The reaction here is open shock and outrage at the perpetrators, the government and its backers(the US, and the west), and Pakistan the hotbed of terrorism. Anguished families, members of Parliament, civil society, part of the press, and common people in the street are criticizing and condemning the government for its ineptness, indifference, and even complicit; and people are calling on the government to resign. Some are calling for open rebellion to overthrow the government.

This massive tragedy is simply a continuation and the latest of death, destruction, carnage, brutality and criminality, and systemic failure. By all accounts, this has been the bloodiest year since 2001. Civilian, armed forces and insurgent casualties are at a record high. There are about twenty different insurgent and/or terrorist groups-the Taliban and Daesh/ISIS the main ones- active all over the country; and they control half of the territory. The government, with help from US/NATO so-called Resolute Support, barely controls the cities. There are reports of insurgent cells on the outskirts of Kabul. There is fighting in twenty of the 34 provinces. Militarily, the situation is a stalemate and adding 3000 to 5000 NATO/US troops, or dropping the mother of all bombs is not going to change that a bit. Recall that earlier there were more than 100,000 foreign troops and that many contractors from some 48 countries, on top of the 350,000 Afghan security forces here. But all that and the trillion dollars and 2500 dead Americans were unable to subdue the insurgents/terrorists. So president Trump and the US public must really think hard to find a nonmilitary solution to the 40-year tragedy and America's longest war.

Afghanistan's problems are very deep and complex. Its geography has condemned it to be the theater for proxy wars between Russia and the US, Iran and Saudi Arabia, Pakistan and India, China and others, Iran and the US. Its heroin has brought major international drug mafias. Its open borders has made it the hub of smuggling weapons, people ,timber, merchandise,  Its trillion dollar minerals has spawned local and foreign economic criminals. There is a vicious verbal war among its major ethnic groups which could erupt into an open civil war. There is a huge rural-urban, religious and secular divide amongst the people Its overwhelmingly young population(70% under 30) is restless and angry. The illegal , illegitimate, corrupt, ineffective, indifferent and puppet government is simply unable to govern. All in all, it is a country suffering from multiple and profound crises. So any kind of nation-building defies all theories and is a truly sisyphean task. Please stay tuned.