The F-Word: Gar Alperovitz on Creating Another World 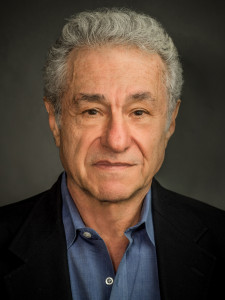 Gar Alperovitz discusses his new free handbook, Principals of a Pluralist Commonwealth" and outlines the possibilities of local, collective and co-op ownership that can be a model for a real democracy and not a future economy that is corporate capitalism, fascism or total state socialism. Shareholders and activists confront the Dollar Tree discount chain at a shareholder meeting in Chesapeake, Virginia to protest the chain continuing to sell toxic products to the public. Headlines on Medicaid, the continuing campaign to bail out mothers not convicted of any crime, House Republicans gut Dodd-Frank, 200 members of Congress file lawsuit against President Trump. And more...

On The Ground"Voices of Resistance from the Nations Capital (www.onthegroundshow.org) is a weekly show produced for WPFW Pacifica Radio in Washington, DC devoted to activists for social justice, those who are in the DC area and those who come to DC from across the nation or from across the globe to speak truth to power. Esther Iverem, creator, executive producer and host, is an award-winning journalist, poet, visual artist and activist. Her most recent book is We Gotta Have It: Twenty Years of Seeing Black at the Movies (Hatchette Book Group).

Thanks for this timely and excellent discussion of collectivization necessitated by lack of small and medium business development and of the utility of Public Banking. Regrettable only in that guest Gar Alperovitz did not respond when interviewer Esther Iverem linked the single existing Public Bank of North Dakota not only with a 100 year Public Interest record, but also with backing the development of the Dakota Access Pipeline project under the water source for the Standing Rock Sioux. We need to follow the money wherever it leads U.S. without regard for whose Identity Token will be ruffled (Right\Left wings, Con\Lib, Red\Blue, Democratic Socialist\Free Trade Fundamentalist etc)

Keep on doing and consider sourcing GANGS OF AMERICA author and activist Ted Nace, woefully under-sourced in what exists of Public Interest broadcasting in the U.S. as the GANGS that he focused on perpetrated SUITE CRIME that has risen while STREET CRIME has fallen almost across the country (save for a few neighborhoods in Chicago and Detroit).

The utter failure of any Anti-Trust issues being raised last week as VERIZON ate up YAHOO while AMAZON.COM devoured WHOLE FOODS this long past the acquisition of larger east coast competitor WACHOVIA BANCORP by WELLS FARGO made possible with TARP bail-out funding and that only lessened corporate competition among the TOO BIG TO FAIL\JAIL is a Mass Media crime perpetrated by yet other GANGS OF AMERICA....
https://www.theguardian.com/world/2011/apr/03/us-bank-mexico-drug-gangs

For more discussion on local collectivization of agriculture, business and housing
see the Portland, Ore chapter of Democracy@Work that meets the first Sunday of each month at the Bread & Honey Cafe in No'Po at 2:30 PM.