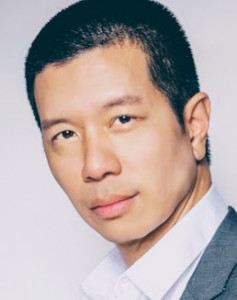 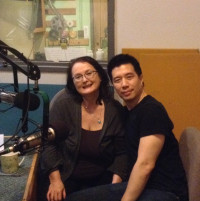 Dmae welcomes actor Reggie Lee who played the role of Sergeant Wu on the NBC TV series Grimm. Did you know his career has spanned stage and screen for over 25 years? This June, he returns to the stage as Sancho Panza—the trusted squire and sidekick of Don Quixote—in Man of La Mancha.

Reggie Lee most recently starred as 'Sgt. Wu' on NBC's hit sci-fi police drama "Grimm." Prior to "Grimm," he was best known for his role as 'Secret Service Agent Bill Kim' on the popular FOX show "Prison Break." He was on the road and toured nationally in the musical "Heartstrings," and later in "Miss Saigon," and was in the original company of the 1994 Tony-Award-Winning Broadway revival of Rodgers and Hammerstein's "Carousel". In 1997, Lee received a Los Angeles Dramalogue Critics Award for his performance in "F.O.B." at East West Players and continues to be active with the nation's leading Asian American theatre.

We'll be offering tickets for memberships for PCS and OSF as well as tickets to Portland Opera's Man of La Mancha. We'll be featuring music of the musical through the membership drive special!

PERFORMANCES at the Keller Auditorium

Opera News praises Man of La Mancha for its “warmth and wit,” “full-bodied, Spanish-tinged score,” and “genuine dramatic depth,” but you will love it for how it makes you feel.

Author Miguel de Cervantes is about to go before the Spanish inquisition. In this play-within-a-play, he invites his fellow prisoners to “enter into his imagination.” Assuming the character of Don Quixote, he engages them all in a tale of chivalry, undoing wrongs, and bringing justice to the world. With songs like “The Impossible Dream,” it remains one of the most enduring—and endearing—works of American musical theater.  Sung in English with text projected above the stage.

Update Required To play the media you will need to either update your browser to a recent version or update your Flash plugin.
Download audio file
Topic tags:
Arts/Culture, Fiction, Media
Genre(s):
Arts and Culture