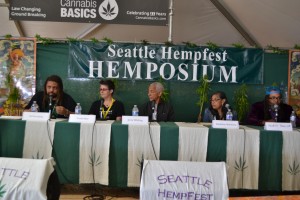 Diversity and Inclusion in the Marijuana Industry

The legal marijuana industry has grown dramatically over the past few years. If legalization is allowed to continue rolling out under the next president, then that growth will continue. It could be massive. Marijuana prohibition, all drug prohibition really, is rooted in racial prejudice and bigotry. Merely legalizing marijuana will not change racially biased law enforcement or our racist criminal justice system. Legalizing drugs does not address those issues, but that's a topic we'll deal with in a later show.

Update Required To play the media you will need to either update your browser to a recent version or update your Flash plugin.
Download audio file
Topic tags:
Activism, African American, Economy, Drugs, Latino/Hispanic, Law/Court/Crime