End of Growth / Rise of Trump 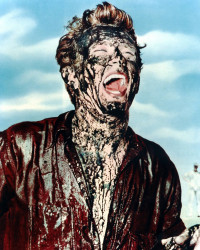 Join host Per Fagereng as he welcomes award winning writer and journalist Andrew Nikiforuk for a discussion on the End of Growth and the Rise of Trump.  Plus, the diminishing returns in energy from oil.

Andrew Nikiforuk has been writing about the oil and gas industry for nearly 20 years and cares deeply about accuracy, government accountability, and cumulative impacts. He has won seven National Magazine Awards for his journalism since 1989 and top honors for investigative writing from the Association of Canadian Journalists.

Andrew has also published several books. The dramatic, Alberta-based Saboteurs: Wiebo Ludwig’s War Against Big Oil, won the Governor General's Award for Non-Fiction in 2002. Pandemonium, which examines the impact of global trade on disease exchanges, received widespread national acclaim. The Tar Sands: Dirty Oil and the Future of the Continent, which considers the world’s largest energy project, was a national bestseller and won the 2009 Rachel Carson Environment Book Award and was listed as a finalist for the Grantham Prize for Excellence In Reporting on the Environment. Empire of the Beetle, a startling look at pine beetles and the world’s most powerful landscape changer, was nominated for the Governor General’s award for Non-Fiction in 2011. And Slick Water: Fracking and One Insider’s Stand Against the World’s Most Powerful Industry, won the 2016 Science in Society Journalism Award.