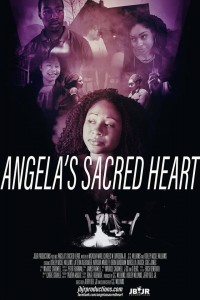 Independent filmmaker Gigi Williams, actress Ashley Williams, and counselor Dori Lyon talk about making the new short film "Angela's Sacred Heart." The film is based on Gigi's experiences with sexual assault, and the role of Gigi is played by her real-life daughter, Ashley. "Angela's Sacred Heart" was released in 2015 and is a winner of an Award of Excellence by in the WRPN Global Webisode Competition, Official Selection in the Action On Film Festival and Official Selection in the San Francisco Black Film Festival.

Content Warning: The discussion is not explicit, but we do talk about rape, sexual assault, and having experienced trauma in this episode. Please be advised.

More info about the guests and links to resources for people experiencing sexual violence and trauma found on my blog here: http://wp.me/p4NTVf-1pa.