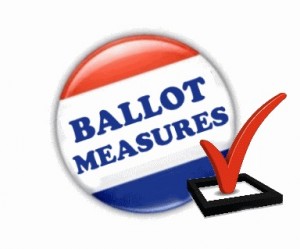 This description is from ballotpedia.org.

The Oregon Business Tax Increase Initiative, also known as Measure 97, is on the November 8, 2016, ballot in Oregon as an initiated state statute.

A "yes" vote supports this initiative to increase the minimum corporate tax by establishing a 2.5 percent tax on corporate gross sales that exceed $25 million.

A "no" vote opposes this initiative to establish a 2.5 percent tax on corporate gross sales that exceed $25 million and retains the existing corporate tax structure.

If approved, the new tax would be implemented on January 1, 2017. Between January 1 and June 30, 2017, state revenue would increase by an estimated $548 million. Thereafter, additional revenue from the measure would be expected to be around $3 billion per year.

Speaking against Measure 97 - Ryan Deckert, President of the Oregon Business Association, representing the coalition to Defeat the Tax on Oregon Sales

Update Required To play the media you will need to either update your browser to a recent version or update your Flash plugin.
Download audio file
Topic tags:
Corporations, Government/Politics